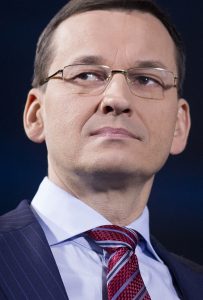 “We are resigning from a $9.2 billion credit line from the IMF,” said Finance Minister Mateusz Morawiecki. “The Polish economy is in such a good situation that we can do it.”

“I have taken the decision to quit the FCL after an analysis of tax data, macroeconomic parameters, assessment of our budget stability and currency reserves.”

Poland has been running a budget surplus recently. There has been a credit line set up at the IMF for the Eastern European country since the financial crisis but has never been used.

In January of this year a Flexible Credit Line (FCL) with access in an amount equivalent to SDR 6.5 billion, worth about 8.2 billion euros at that time, was set up as a renewal.