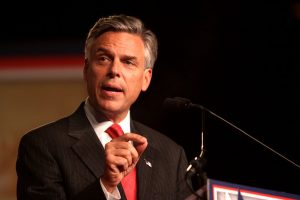 During his nomination hearing before the U.S. Senate on Tuesday, newly appointed American ambassador to Russia, Jon Huntsman, said there was no doubt that Russia meddled in the 2016 U.S. presidential elections. Huntsman is slated to assume the ambassador position from Ambassador John Tefft this month.

“There is no question that the Russian government interfered in the U.S. election last year,” Huntsman said in his testimony to the Foreign Relations committee, adding that the meddling had undermined trust between Moscow and Washington, reported The Moscow Times.

Huntsman said he would “not hesitate to remind [Russian] government officials that they are accountable for their actions.”

The new ambassador added, “resolving the crisis in Ukraine” as one of his top priorities, “in a way that respects Ukraine’s sovereignty and restores its territorial integrity.”

Speaking of reaching out to ordinary Russians, Huntsman said, “People to people exchanges and private interactions are an important way to show that our disagreements are with the government of Russia, not with its people.”