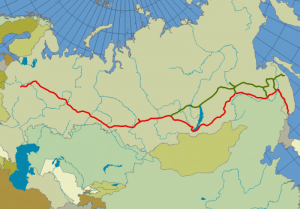 The ambitious plan gave a welcome dose of optimism to a region engulfed by tension over the North Korean nuclear tests.

Such a road and rail bridge would tie together two countries – Russia and Japan – that have not signed a formal peace agreement ending the Second World War due to a dispute over the Kuril Islands.

Despite this, relations appear to be anyway warming with a number of joint projects in the Kurils unfolding between the countries.

‘We are seriously offering Japanese partners to consider the construction of a mixed road and railway passage from Hokkaido to southern part of Sakhalin,’ said Russia’s first vice-premier Igor Shuvalov…