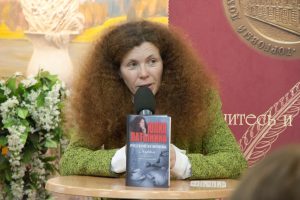 Kremlin media critic Yulia Latynina has left Russia and will not be returning for the foreseeable future. She declared to independent Moscow radio station Ekho Moskvy on September 9 during a Skype call that she was abroad with her parents.

Radio Free Europe, Radio Liberty reported Latynina’s car was set on fire on Sept 3 at her wooden home near Moscow and save the quick efforts of her father to put out the blaze, the home could have been destroyed.

“The gas tank could have exploded, and the only reason it didn’t was because it wasn’t full,” Latynina said, adding that if her father “hadn’t put out the fire, it would have burned down the house because the flames were already four meters high,” reported RFERL.

The next day the Russia’s Journalists’ Union supported Latynina’s claim and said the incident wasn’t a mere act of “hooliganism and intimidation.”

Latynina was previously attacked with fecal matter in August of last year and decided to leave Russia after being noticed she was being followed. Her name has been rumored to be on a ‘kill list’ from the Kremlin.

Many other journalists have been killed or harassed inside of Russia who were critical of Kremlin policies. In addition, prominent opposition political figures have been targeted as well.