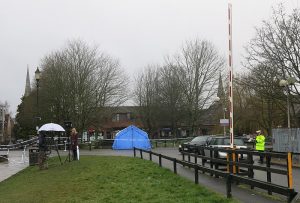 Russia had tested whether door handles could be used to deliver nerve agents and had targeted the email accounts of Sergei and Yulia Skripal since at least 2013, according to previously classified intelligence over the Salisbury attack that has been made public.

The UK released the intelligence on Friday linking Russia to the attack on the former double agent and his daughter.

The door handle and email claims were made in a letter from Sir Mark Sedwill, the UK’s national security adviser, to the Nato secretary general, Jens Stoltenberg. It is extremely rare for the UK to make such intelligence public…

Vindman, Not Whistleblower, Was Driving Force Behind Impeachment

Kremlin Sees No Reason To Blame Navalny Poisoning On Russia