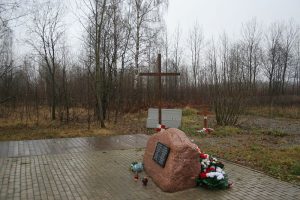 Poland has expressed its concern to the Russian government over ‘difficulties’ in reaching the crash site in Smolensk, Russia where the Polish president, military commanders, and other senior officials were killed in a plane crash in 2010. The Polish government, now under the Law and Justice Party, has reopened the investigation into the deaths, accusing Russia of hiding evidence.

Polish Deputy Foreign Minister Bartosz Cichocki formerly protested the situation to the Russian ambassador and requested further dialogue over a monument that was to be erected at the site.

“Moscow is refusing Warsaw’s requests for the return of the plane’s wreckage or its flight recorders, making any investigation harder for the Poles but also fueling suspicions about whether there was anything to hide,” reports Associated Press.

Jaroslaw Kaczynski is the leader of the Law and Justice Party and was the twin brother of the former President Lech Kaczynski who died in the crash. The late officials were arriving in Smolensk to commemorate the murder of Polish officers during WWII by the Soviet secret police.