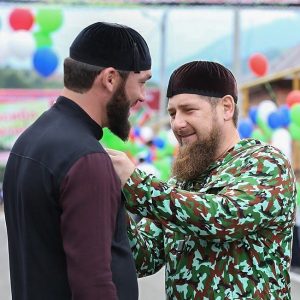 Ramzan Kadyrov, the Islamic leader of Chechnya, and student of Russian President Vladimir Putin, has been placed on the American ‘Magnitsky List’ by the State Department over the alleged ‘gay purge’ in the troubled region of Russia. The sanctions were applied under the bill which targets those who commit human rights abuses in other countries and was named after Sergei Magnitsky, a Russian lawyer who died in prison after exposing corruption.

In April, Russian investigative newspaper Novaya Gazeta reported on secret prisons in Chechnya where gay men were allegedly detained and tortured, reported The Moscow Times. Kadyrov’s response to the accusations was that there were no gay men in Chechnya.

The Russian state media was quick to attack the addition of Kadyrov to the list. Ayub Katayev, a Chechen Interior Ministry was also sanctioned.

“This [inclusion in the list] will give a boost to Kadyrov and will support his pre-New Year moods in a powerful way,” regional minister for external ties, mass media and communications, Jambulat Umarov said. “Lists of this kind help us get to know the true patriots of Russia,” reported Russian state news agency TASS.

For his part, Kadyrov laughed off the development. “Poor Americans. One small but proud Chechen Republic is hassling an entire state,” Kadyrov sarcastically said in a video posted on his Instagram page after the U.S. Treasury announced its decision, reported The Moscow Times.

Flanked by a bench press bar full of weights, Kadyrov says that the U.S. could “rest easy.”

“I haven’t been ordered to step foot on U.S. soil yet.”

“The U.S. can’t forgive me for devoting my life to fighting foreign terrorists, including the minions of American special services,” he wrote.

“There is peace and stability in Chechnya. While the U.S. spills blood all over the world!”