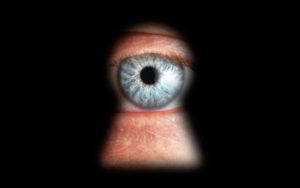 Today the Georgian Parliament approved a package of 18 bills to form a new system of secret surveillance and wiretapping in the country. Amendments were designed by lawmakers from the ruling party “Georgian Dream – Democratic Georgia”.  The representatives of law enforcement agencies, the Supreme Court of Georgia, and non-governmental organizations were also involved in the preparatory process. Based on the decision of the Constitutional Court, the initiators of the amendments decided to create a new structure – an operational and technical agency, which will have access to all local and global communication and user bases.

The competence of the Agency will include wiretapping and recording telephone calls, receiving information from communication channels, a computer system, the establishment of geographical location in real time, controlling messages through the mail and telegraph, secret audio and video recording, photography, ensuring the safety in the area of ​​electronic communications and information technology provision of state structures.

The new structure will be under the management of the State Security Service (SSS) of Georgia, and it will be accountable to the Prime Minister of the country. The new structure will have the power and the means to oblige companies to allow Agency staff to freely install equipment for surveillance and ensure its security.

The bill passed first reading with the majority of votes. According to Georgian Law, the bill should be taken in three readings, then it must be signed by the President of Georgia.

The question of the need to protect privacy has become top issue in Georgia after the parliamentary elections in 2012, when thousands of illegal recordings of secret surveillance were revealed.

According to a recent study conducted by IDFI, citizens of the country do not believe that their privacy rights are protected – residents of Georgia believe that law enforcement agencies are engaged in illegal wiretapping.

Read more about the study.

ECFR: The Coming Crisis Of The Russian Regime