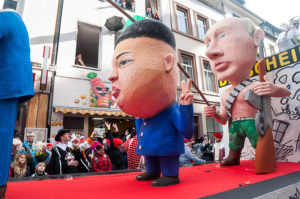 Citing sources in North Korea, the Russian news agency Interfax is reporting that the North Korean military has embarked on massive artillery exercises. The North Korean forces are training for heavy strikes across the border on Seul and strategically located South Korean islands. North Korean strongman Kim Jong Un was quoted as saying that the initial artillery strikes are designed to break the will of South Korea to resist at the earliest stages of the conflict. “No one and nothing will survive”, he added.

Interfax reports that the exercises are a response to the tightening of sanctions against North Korea by the UN Security Council under the leadership of the USA.

Who Runs Russia With Putin?