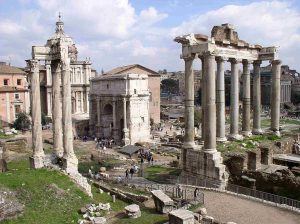 When America elected Barack Obama president in 2008, I thought he was a run of the mill democratic socialist in the globalist mold, the likes of which have been running Western Europe for decades. In that I was mistaken. It is now becoming clear that European democratic socialism is only the sugary external coating of the deadly poison that is Islamic Jihadism, the poison with which the global elites intended and still intend to kill, once and for all, the system of governance by empowered individuals that got its practical underpinnings in Ancient Greece, its grandeur in Rome, its ferocious independence in Northern Europe and its ethical and moral foundations in Judea. This is the system of governance the Romans, somewhat disdainfully, called the res publica, the public thing, more than implying that a Roman citizen would much rather spend all his time, before lunch anyway, dealing with his private business, before devoting the rest of the day to pleasures, both carnal and intellectual. The private thing was what honorable people wanted to do, and yet there were aqueducts to build and slave revolts to put down and neighbors to subdue, so the public thing, no matter how distasteful, had to be dealt with, and somebody had to do it, somebody reasonably capable, somebody who had skin in the game, and so the democratic republic was born.

There is maybe a millennium, no more, that saw the existence on our planet of even a single republic of any consequence, between the Greeks and the Romans before their descent into imperial tyranny, and the half-hearted embrace of republicanism under the guise of constitutional monarchy pioneered by the British, and finally the grand experiment in rekindling the true spirit of the early Romans that flickered in France and took hold in America. Everything we have today, we owe to this short one thousand years; the rule of law that is made and applied by peers rather than monarchs, the nearly unconditional rights to private property, to personal freedom, to life itself, to the technological advances that make this life longer, safer, and more tolerable. A world in which republics did not exist, was a world of deep mysticism, a world in which demons and angels hid behind every cathedral pillar, duking it out for the souls of humans. It was a world of great artistic accomplishment and soaring achievements of the human spirit, but it was also a literally dark age, with little light beyond a few smoky candles and scant sunshine let in by tiny panels of warped glass and dried pig bladders. Most of all, it was a world at a dead end, a world caught in what control theory calls a limit cycle, forever circling yet never advancing, held fast by the gravitational forces of tradition and fatalism. Good harvests brought on baby booms, which in turn led to population densities unsustainable without rudimentary hygiene followed by mass epidemics that burned through population centers leaving once ploughed fields untilled to become forests again.

The res publica, the thing public, distanced itself from the medieval world, leaving peasant and noble alike to tend to their private business, be it a dirt hovel or a castle. What there was of public concern was left to the Church, attested today by the amazing cathedrals and monasteries strewn across the European landscape. It was not until the appearance, almost simultaneously, of renewed interest in the riches of the Greco-Roman cultural legacy of scientific discovery and the hard-nosed North European practicality of Protestant Christianity, not until these two forces met in the Netherlands and in Tudor England, and in the principalities of Northern Germany that the thing public woke up, shook itself off, left the cozy gold-brocaded parlors of Catholic church cloisters, and moved once again into the market squares and wharfs of London and Amsterdam. Once again, people could act boldly on their own behalf, combining their private interests with the public interests of their countries. They could explore, invest, profit, both for themselves and for others. Soon there were insurance companies and mutual stock corporations, and stock exchanges in which their shares could be traded. Fortunes could be made and reinvested, failing enterprises could be bought and recycled by more insightful and energetic owners. 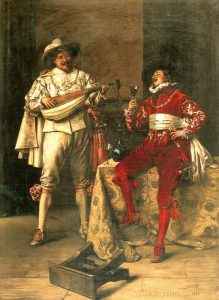 But this newly invigorated and resurgent res publica 2.0 left most of the planet untouched and even unaware of its frenzied existence. Most of the planetary landmass was controlled by cultures for whom limit cycle existence was not a dead end; quite the contrary, it was the only reasonable and godly way for humans to exist. For most countries, from the deeply traditional Deccan plateau on the Indian subcontinent, to China with its nothing ever changes nor should it philosophy, to the vast forests and steppes of Russia steeped in its mystical orthodoxy, and finally to the vise-like belt of Islam gripping the Eastern Hemisphere from Malaysia to Morocco, the new republicanism, with its innovation, entrepreneurship, incessant striving, social mobility for hungry rascals, stargazing through newly invented telescopes, all of this spelled nothing but mortal danger.

To no avail. Nothing could withstand the sheer power of a political system that allowed individuals of all social strata to act at once as private and public citizens, making it possible, on a grander scale than ever before in human history to combine risk taking for private profit with the knowledge that the rewards of smart investments and hard work would be safeguarded by governments acting not in the private interests of princes and potentates, but in the public interest, the interest of every citizen. The combined efforts of empowered individuals from a few Northern European nations conquered the globe. By the beginning of the 20th century there was no place on Earth that was not either a republic, a republic masquerading as a constitutional monarchy, or a dominion of such an entity. The old world of traditional stasis lay in ruins, Russia was rapidly wrapping up its transition to a Western industrial power. China and India were occupied by the West while Japan was scrambling to imitate anything and everything western to avoid a similar fate. The world of Islam was occupied, colonized, ruined, irrelevant. The republic, the political embodiment of a system of governance in which empowered individuals act simultaneously in their private and public interest because they themselves make sure that these interests are one and the same, seemed utterly unstoppable.

The nemesis of stasis: slow decay. The nemesis of entrepreneurship: unsustainability. Running out of plunder in countries that did not adopt the republican model in a timely fashion, having appropriated all of Africa, Asia, South America, Western republics and quasi-republics such as the USSR went to war with each other. And war, with its combination of technology and the ruthless pursuit of advantage, of WINNING, was the one thing they all excelled in. The carnage of the two world wars was such that it simultaneously all but destroyed republican-style polities in the Eastern Hemisphere and sowed doubt in the minds of many that self-rule by empowered individuals was anything but a runaway train whose final station is the full extinction of the human race in either a nuclear or environmental holocaust. 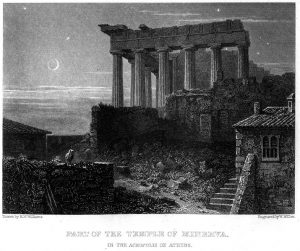 Entrepreneurs who have reached previously unheard-of levels of success due to the magical formula of the republic: the freedom to venture on a playing field well-maintained by the common interest as represented by elected governments, are turning against the very axioms on which this formula rests. Be it freedom of speech or the absolute right to self-defense and to standing one’s ground, the likes of Bill Gates, and Mark Zuckerberg are intent on limiting these pillars of their own success stories in favor of social experimentation on a planetary scale with modern catchwords like diversity and political correctness. In and of themselves these experiments are nothing but a passing fad, but behind them lurks a much more dangerous beast, the ancient beast of stasis, of stratification, of the private at the expense of the public, of the East. President Xi of China was just given the authority to run a country of 1.3 billion people as his PRIVATE domain for life. The thing public, if it had ever existed in China, is no more. No Chinese INDIVIDUAL other than Xi has any say in how the country is managed. No Chinese individual can be assured of his or her rights to their property, their freedom, or their very lives. Russia, which has as much landmass as China has people, is retreating to its old paradigm of being the private domain of its Czar Vladimir Putin. In the world of Islam, the thing public is faring no better than ever before, which is to say it’s as dead as the dodo.

But that is all how it has always been. What has changed is that in response to the carnage of the world wars, a statist, stasist ideology called globalism was developed by the so called Western elites. The idea is simple: tying the whole world into a single interdependent economic bundle would make wars on a global scale not only less profitable than they have been, but financially ruinous, thus preventing the recurrence of such a conflict. The price? Well, if you are a denizen of the West, especially of America, you have been paying it for two generations and it’s about to get much worse. You have seen your most basic freedoms curtailed, experienced a vast unelected bureaucracy funded by your tax dollars dictate your every move, lost loved ones to made-up conflicts designed to transfer additional wealth from you to Eastern princes and klepto-oligarchs, and finally told that you are personally on the hook for the imagined misdeeds of your ancestors going back centuries and even millennia. It’s a price the elites knew you would never willingly pay, so they simply never asked. 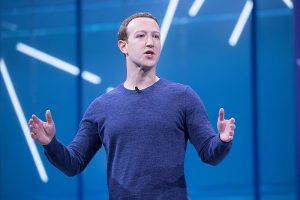 Can humanity survive the mad dash forward that is produced by the res publica, by informed empowered individuals simultaneously acting as private and public citizens? Is it even still possible to try and go back to that model, or are we doomed to live again in a world in which the haves have and the have nots have no hope? It would seem that at least one person on this planet believes that we are not doomed to live in a limit cycle of misery, that we are not doomed to repeat the past mistakes of unbridled greed, that we can redirect the energy of the thing public to accomplish incredible good for mankind. That man is President Trump, and I, for one, choose to believe with him.

What Would Abe’s Peace Treaty With Russia Include?