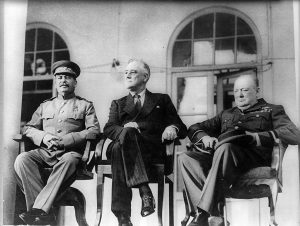 An old hipster actor, with earrings in both ears reads a teleprompter and assures us that we are at war with the world’s second largest military superpower. His serious thoughtful voice and caring facial expressions are directed by no less than Meathead himself and the words are written by dregs of the neocon barrel have beens who cannot believe that their Russophobia has (finally!) gotten them a prom invitation from the popular crowd. War with North Korea? Unthinkable! Twenty eight thousand US troops and twenty million South Koreans within artillery range! War with Russia? Straightforward from here. Of course Russian conventional forces can be in Berlin within a week and in Paris within two. Hundreds, not tens of thousands of US and allied personnel are in range of Russia’s strike capabilities and of course Russia is fully capable of striking any point in the US with intercontinental ballistic missiles each carrying multiple warheads and decoys that can be fired from both land and sea based platforms and against which there is literally no defense.

Projecting on Russia their own understanding of American popular culture, most Trump supporters are not worried; Morgan Freeman? Rob Reiner? Max Boot? Give me a break, right? Except that’s not how this stupid shindig is seen in Russia. Russian actors and directors do not record videos in which they place Russia in a state of war with major superpowers. In fact, Russian actors and directors can hardly stay out of jail if they make the scandalous assertion that the last Tsar, Nicholas II, now a Russian Orthodox saint, enjoyed the company of young ballerinas when he was a bachelor. The Russians perceive that the American Deep State is running a shadow government whose aim is to replace the Trump administration as quickly as possible. They judge Hollywood to be the official communications organ of the Deep State and when Hollywood royalty speaks they perceive it to be coming straight from the Obama – Clinton administration in waiting. Recent official statements by Russian ministry of foreign affairs make it clear that they do not assess Trump’s chances of serving out even his first term very highly at all. In other words, Russia is preparing for the rolling coup d’état attempt in America to succeed and it is taking the mutineers’ threats in its direction very seriously. 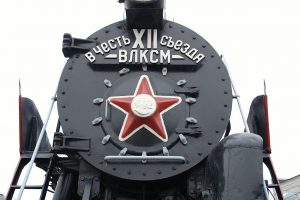 So yes, Meathead and the teleprompter guy plus a couple of washed out idiots from the bowels of so called “think tanks” serving as mouthpieces to the Trump Derangement crowd are actually compromising America’s national security in a big way, but nobody really seems to notice. In the meantime, in the real world, North Korea is threatening to explode a hydrogen bomb in the Pacific Ocean. The implications of such a test in an area of enormous economic importance both as rich fishing grounds and busy shipping lanes are impossible to overstate. The recklessness of exploding a thermonuclear device in an area of the open ocean that is already prone to seismic activity and associated tsunamis is mindboggling. Such an explosion in close proximity to the US allies of South Korea and Japan can only be considered as an actual act of war.

A little-reported fact is that North Korea borders on three countries, not just two: South Korea, China, and the Russian Federation. As such both China and Russia have much to worry about in the case of an underwater thermonuclear test by North Korea so close to their territorial waters. Lately, a growing unease from the Chinese can be observed with regards to the reckless abandon of Kim Jong Un’s actions. The same cannot be said of Russia, which while joining the UN Security Council resolutions continues a policy of official restraint in its condemnations of the North Korean regime. Russian semi-official media outlets that are closely connected to the Putin regime go much further in defending North Korea as the only country still capable of open defiance towards the West and in openly praising its nuclear program as the only guarantor of regime survival.

But why is the survival of the Kim dynasty so important to Russia that it is willing to risk nuclear contamination of its coastal waters, the loss of important fishery income, and further blows to its already shaky international standing? The answer of course is found in the fact that the Kim’s started out as Russian agents and remain in that capacity to this day. Furthermore, they are the guardians of one of only two remaining strategic assets gained by Russia in the aftermath of the Second World War. Kim Il-Sung, the founder of the Kim dynasty was, during WWII, officially a captain in the Red Army of the Soviet Union. Unofficially, he was an NKVD officer personally trained by Lavrentiy Beria, the notorious head of that service under Joseph Stalin, to take point on the Soviet takeover of Korea once the war in the Pacific was lost by Japan.

By August 1945, having already obtained from President Roosevelt all of Eastern Europe and the eastern third of Germany as war spoils, Stalin set his sights on making similar gains in the Far East. Knowing that Japan was on its last breath, he declared war on Tokyo that very same month, proceeding to invade the northeastern Chinese province of Manchuria where the remains of the Japanese occupation army were stationed. Simultaneously, Stalin invaded Korea and took Pyongyang, installing Kim Il-Sung as the local chieftain. With the Japanese army in Manchuria in full-fledged rout, Stalin took from Japan the Southern Kuril Islands, making them into a staging post for the subsequent invasion of the major Japanese islands of Hokkaido and Honshu. It was Stain’s intent to install in China the communist regime of Mao Zedong, and split both Korea and Japan with the US, following the German model. 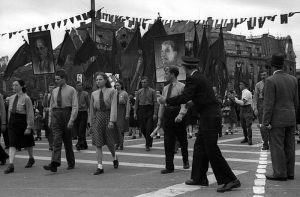 Having succeeded in both China and Korea, Stalin’s plans were thwarted only in Japan, and only just. The new, younger, and more vigorous President Truman well understood Stalin’s intentions and hastened to force the unconditional surrender of Japan via the use of two nuclear devices. Once Japan became an occupied territory of the United States, a Russian invasion of Japan from the north would be tantamount to a declaration of war on America, something that Stalin, who as yet did not possess nuclear weapons, could not afford to do. Today, China is a capitalist (though not democratic) country that dwarfs Russia in every metric. The Southern Kurils are still Russian, but considered illegally occupied by the Japanese government, meaning that a state of war dating back to August 1945 is still in effect between the two countries. This limits economic cooperation, a state of affairs that Russia is keen to rectify, though the return of the islands is not yet something they are ready to contemplate.

More importantly, all of the Russian gains in Europe, gains for which Russia spilled unprecedented amounts of blood, have been erased. Not only that, but the West has made major inroads into European territories that were under Russian control for the past two centuries. Of the three countries that were split in two between the USSR and the West at the end of WWII, Germany was reunited under the Western banner, Vietnam, the one major blemish on American military prowess, ended up being reunited under the Chinese model of Western capitalism married to Eastern meritocratic oligarchy, and only Korea remains frozen in time with a truly Stalinist regime in the North, staring down one of the shiniest examples of Western democratic capitalism embodied in South Korea.

In the final tally to date, of the three “splits” two have reunited and both are now gone for Moscow. It should not then come as a surprise that Putin knows that a united Korea will be a Western democracy and that means US troops directly on Russia’s borders not only in the northwestern Baltic region, but now also in the critically important and rapidly growing Pacific region. Can North Korea maintain its independence as a denuclearized state? The likely answer is no. While the US and its allies are claiming that they do not desire a regime change, the overwhelming hatred that the North Korean people feel towards the Kim regime will take care of that the moment the slightest chink in its armor of invincibility appears on the surface. Kim and those around them well remember the brutal fates of the Romanian dictator Ceausescu and his wife, who were machine-gunned by an angry mob on the steps of their hideous palace in Bucharest. Kim also knows that the atrocities committed against his own people by Ceausescu pale in comparison to those committed by him and his flunkies. 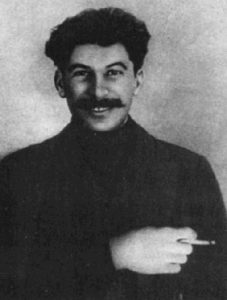 No, both Kim and the Russians know that this is a game for all the stakes. As far as China is concerned, this is no longer the 1950’s. China is a superpower and a major creditor of the US. It does not need North Korea as a buffer zone on its borders, and it is China that is the aggressor in the Pacific, not the United States. For China, trade and world stability are paramount, as it needs foreign currency to feed its people and avoid internal unrest. The threat presented to both by a rogue North Korea is beginning to be hardly worth keeping the old alliance. Russia’s situation is radically different; it is WEAKER today than in the 1950’s, not stronger. It lost its major existential struggle with the West known as the Cold War and with it two-thirds of its population and much of its industrial and agricultural base. The loss of North Korea, the reunification of the Korean peninsula under a Western capitalist banner, will literally be the last nail in the coffin in which Russia’s gains in WWII will be buried forever.

Can Russia stop the inevitable outcome of eventual Korean reunification? The answer is no. If China reaches the conclusion that a united Korea is more in its interests than a divided one considering the uncompromising stance of the Trump administration, the peninsula will be reunited, finally closing the book on WWII in the Pacific. But Russia’s intransigence, its refusal to play a regionally constructive role, preferring instead to fight a losing rearguard action, can and will make denuclearization and subsequent reunification much more perilous and more costly.

Analysis: War With Russia and What It Means For The Western Balkans

Will Mining Priorities Shift in Africa?