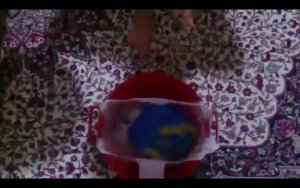 The Imam Khomeini Foundation has given billions to Iran’s proxies in Lebanon, Syria, and Gaza/West Bank. As a way of showing their rage at giving so much money to proxy armies as the Iranian people live in poverty and starvation, ordinary citizens throw charity boxes in the trash and circulate the videos on social media.