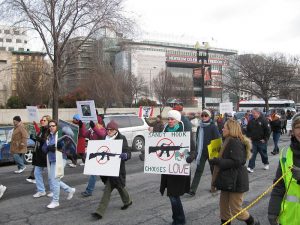 The American Founding Fathers lived in a historical era called the Age of Enlightenment. Another name for that period in history was the Age of Reason. I like the latter name better. The first relies on the mistaken notion that the previous epoch, the Middle Ages, were also the Dark Ages, after which came an actual enlightenment, an abundance of light. But there was nothing “dark” about the Middle Ages; the sun was still shining and if there was excessive cruelty, it was far surpassed by our recent 20th century past and 21st century present. It is true, however, that the Middle Ages were a time which the emotional side of the human psyche took precedence over the analytical or reasonable side, and reigned supreme.

The ancient Greeks and their followers in the classical Roman Empire were famously analytical, in the purest sense of the word. They analyzed everything with scientific detachment. That attitude allowed them to lay the foundations for modern science, based as it is on impartial observation and reproducible experimentation. It also allowed them to invent the democratic republic, the most reasonable form of government ever conceived of by mankind. Out were kings anointed by an invisible God, in were wise men elected by a body of other wise men, all of whom had much to lose were their choice of leader be prove to have been a poor one.

Following its transformation from a republic to an empire, Rome succumbed to Eastern influences and ideas, many of which were of mystical and emotional rather than analytical nature. The fall of the Western Roman Empire soon after its acceptance of Christianity as the state religion accelerated that process across Europe. Back were God-anointed monarchs, banished and disbanded were the deliberative bodies of invested citizens. The Middle Ages were middle, because they were a time of deep mysticism and emotion, sandwiched between the Roman and the Renaissance periods of analytical detachment and cold reasoning. 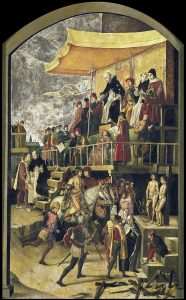 The Age of Reason dawned when discussions of how many angels fit on the head of a pin where replaced by Galileo building a telescope to observe the actual heavens. When so called “T maps” that placed Jerusalem at the center of the universe were replaced by actual sea charts that carefully mapped the coasts of the continents. When Gothic cathedrals were superceded by austere Calvinist chapels with their plain whitewashed walls and simple crosses. When wars based on religious hysteria like the Crusades were replaced by wars of conquest for money and power, like the colonialization of the Americas and the exploitation of the East Indies. Starting in Britain and Northern Europe, assemblies of wise men were making a comeback as well, and with them the newly developed reason-based system of free markets protected by the full might of duly enacted legislation.

Those countries, like Britain and The Netherlands that adopted reason at the expense of emotion and mysticism flourished while those that didn’t like Spain, Portugal, and even France, that lagged behind. The Founding Fathers knew nothing better than the enormous devastation that had been visited upon Europe in the Middle Ages by following emotion rather than reason, hyster (uterus) rather than brain. Religious warfare between Catholics and Protestants took the lives of countless millions and devastated the entire country known today as Germany. Countries like Britain, Spain and Portugal expelled the Jews and later France expelled the Huguenots (French Protestants), both of which were among the most productive segments of their populations. Both Spain and Portugal have never recovered from this folly and the Huguenots who found refuge in the Netherlands were very instrumental in the defeat of both France and Spain at the hands of that small country. The extermination and expulsion of the Huguenots impoverished France and directly led to the French Revolution and the Napoleonic wars. 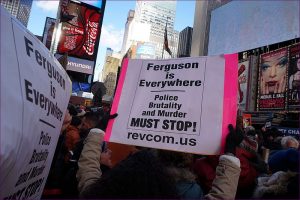 Indeed, it was their deep knowledge of the horrible outcomes of the imbalance between the brain and the uterus in favor of the latter that formed the foundation of the Founding Fathers’ thinking and of their grand project we know today as the United States of America. They well-understood and much feared the emotional, in fact HYSTERICAL response of ill-informed and ill-educated mobs and created a system of checks and balances that was designed to ensure that America was governed by the consent of a well-informed citizenry of educated men of means who had skin in the game and who had every reason to fear the outcome of poorly considered emotional choices. It was this reasoning that led to the formation of the Electoral College, the Supreme Court, and the election of senators by state legislatures rather than directly by the electorate. 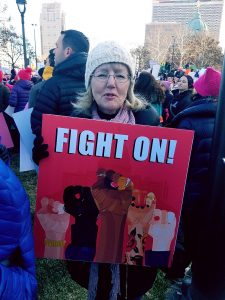 The new Age of Reason in Europe came to an end together with the First World War; it is buried with the millions of Europeans and the tens of thousands of Americans, Canadians, Australians and New Zealanders who fought in it. We are now living in a rapidly escalating age on UnReason; a truly dark age of mass hysteria, despotism, and mob rule. This age started in Russia with their bloody revolution and civil war resulting in one of the most murderous regimes the world has ever known and continued through religious massacres and ethnocides of the Armenians at the hands of the Turks and the Jews at the hands of the Germans and their Eastern European collaborators. Now, the age of UnReason has brought us the ethno-religious war of submission and annihilation by the forces of radical Islam.

Science, that invention of the first Age of Reason, is proving to be no match for the attack by the emotional forces of the uterus. Fundamental tenets of science such as that Homo Sapiens like all mammals have two biological sexes that are irrevocably determined when the egg is first fertilized, are falling like dominoes to be replaced by emotional ideas based on the politically acceptable ideology du jour. The market economy has slipped its moorings and is creating bubble after bubble in equities, cryptocurrencies, and real estate, none of which is based on anything that could pass an audit by the likes of Alexander Hamilton.

Reason dictates that teenagers who have never handled a firearm are the last people who would be listened to when it comes to the topic of gun ownership and the Second Amendment. But in our hysterical age, these are precisely the people who are paraded in front of us as having something of value to say on the topic simply because their school was the scene of a gun crime. 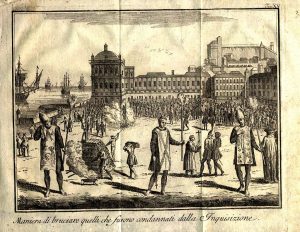 It is impossible to overestimate the dangers of mass hysteria. Nearly all manmade disasters from the unthinkable to the merely uncomfortable are the results of it. People who are hysterical, who think with their wombs rather than their brains, be they male or female, are easily manipulated by special interests who have much to gain from whipping up emotions at the expense of reason.

The system of checks and balances put in place by the Founding Fathers to guard against hysteria and mob rule is on its last breath. Undermined by universal suffrage, a concept that would have horrified every single one of them, coupled with excessive immigration from countries in which emotion rather than reason reigns supreme, the death knoll of the American Republic as the last bastion of the new Age of Reason in the West is fast approaching.

Trump and his well-armed supporters across America, in Congress, and in the Armed Forces, men and women of personal courage and faith offer a glimmer of hope. The forces of reason, of personal accountability and personal liberty, of honor and of self-respect are not done fighting yet. The calm, measured tones of President Trump in the White House yesterday shone in stark contrast to the emotional rants of several of his guests and the unhinged hysteria of the CNN “town hall”. No reasonable person ever desires a fight; no reasonable person ever surrenders his liberty without one. Let us take solace in that thought.