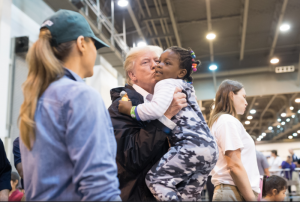 It’s no secret that the media has lost a great deal of credibility over the last election cycle. Part of the reason for this is the use of anonymous sources to besmirch the character of politicians or other public figures to support a political agenda, or to conjure up a scandalous story to attract readers.

It’s all about clicks for advertising dollars these days, and media outlets stretch the boundaries of journalistic ethics to garner customers. And unfortunately, the problem is growing; anonymous sourcing is becoming more and more common. This undermines credibility of the media, destroys people’s lives and legitimizes “alternative” narratives, which often distort reality.

The mother of all examples was the Trump dossier, ordered by the Democrats to besmirch the Republican front runner last year. The document, produced by retired British spooks, spun a nasty web of sex and debauchery in order to slander the man who eventually became the president of the United States.

Congress and the FBI still seem to be wrestling with who actually funded and developed the story but there is widespread agreement that the dossier was mostly false and spun out of thin air in order to defame Trump and to prevent his election. In other words, the anonymous “sources” turned out to be outright lies. Of course, even if the story is eventually proved to be false, the damage has already been done. Unfortunately, this usually tends to be the objective of the story in the first place.

Media character assassinations are not limited to politicians. In May of 2014, the New York Times published a front page story insinuating golfer Phil Mickelson had committed insider trading on Clorox stock, and that federal authorities were investigating. Citing Mr. Mickelson’s “well-timed trades,” the paper referenced “four people briefed on the matter.” The story turned out to be false, Mr. Mickelson did not trade Clorox stock, and the Times eventually said Mr. Mickelson’s role in the story was “overstated.”

In CNN’s zeal to tar with the stench of illegality anyone connected to Donald Trump, the network was forced to fire three journalists in June of this year after they printed a story accusing former Trump director of communications Anthony Scaramucci of being tied to a Russian investment fund under investigation. Even Russian media had a field day with this one, as they self-righteously pointed out the inaccuracies in the article. CNN’s nemesis, Breitbart, also broke the falsehoods pushed by the network, and CNN was forced to retract the story, and the authors forced to resign.

One of the chief targets of the media has been Paul Manafort, the one-time Trump campaign manager, who was forced to leave the campaign after information came out about his work for President Victor Yanukovych in Ukraine. Smelling blood in the water, the media sharks have come after Mr. Manafort for a variety of sins.

As Mr. Trump was perceived as pro-Russian, it appears that Ukrainians were implicated in colluding with the Clinton campaign over Mr. Manafort’s business dealings in-country, and the investigation by the Ukrainian anti-corruption bureau into Mr. Manafort was quietly dropped after this information became public, and Mr. Trump won the election.

The Wall Street Journal went down the anonymous sourcing rabbit hole when it published a story on August 31st detailing Mr. Manafort’s alleged long-term business dealings with Russian oligarch Oleg Deripaska, and their alleged joint efforts to further the agenda of the Russian government. Once again, much of the story was based on the information provided by one “political consultant.” The story was provided to Mr. Deripaska a few hours before it ran, hardly enough time to put together a response to the anonymous accusations. Moreover, as Mr. Deripaska’s company is preparing for a massive IPO in the London stock exchange, one wonders about the timing of the damaging article.

Perhaps the most salacious accusation, that is again unsourced in the article, is that Mr. Deripaska was prevented from traveling to the United States for some period due to connections with organized crime. Mr. Deripaska denies this, as well as the article’s assertion that he offered to testify in the Congressional Russia probe in exchange for immunity. He now is threatening to sue the WSJ.

The problem with anonymous sourcing is that more often than not, especially during the last election cycle, the information turns out to be false and weaponized to hurt the accused. This also damages the credibility of the media outlet using the source. The Wall Street Journal is one of the last major American newspapers that has some credibility. It would be a shame to see the Journal follow in the footsteps of others, who are declining in influence and reputation.

So Now I’m A Russian Agent Too? For What? Reporting The Truth?