By Alexandr Dugin. Translation from the Russian (TsargradTV) and commentary by Shim’on ben Avigdor 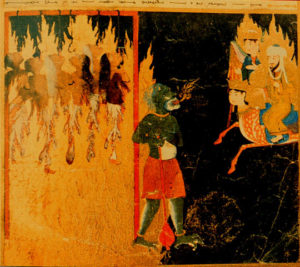 Today, the fate of humanity is decided. The USA is the only hyper-power and today it is electing its president. For the first time in many decades (likely since Lincoln’s election), the two candidates embody two diametrically opposed visions for the development of the USA and hence the world.

Hillary is globalism, a unipolar world, continuation of American global hegemony. But now that American hegemony is being challenged around the world, this means war. War with all who prefer a multi-polar world and reject America hegemony. Clinton is the old-world order, the one that started in the early 1990’s (with the fall of the USSR). This world is ending, but it wants to live on. Hence it is in its final throes.

The death throes of a small nation are dangerous and toxic. Consider now the final agony of the world’s only hyper-power; this is an unprecedented challenge for the entire world, for all of humanity. Like a Titan falling to the depths, America can take all of us with it. Clinton is a truly devilish candidate; but not only because of her personal qualities, but rather despite them. Her natural guardedness bespeaks the underlying rage of her masters: they still rule the world, but their time has passed. They attract and tempt no one; they are obeyed out of fear and weakness.

Trump is the America that is now almost lost to us; an enormous country populated by simple (as viewed from Russia) and willful people who start businesses while minding their own business, working hard and playing hard. Most of all these Trump supporters want to be free. Period.

The wall Street globalists, the maniacal masters of the Federal Reserve (a highly maligned agency in Russia, who they blame for many of their currency troubles), the ultra-liberals, are robbing Americans of their most cherished asset: the sense of personal and individual identity. 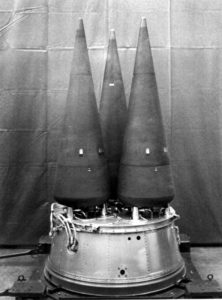 Paraphrasing Patrick Buchanan, America conquers the world while losing itself. The only hope for America to rediscover its sense of self-identity, its liberty, and its self-worth is Trump. In him there is hope for peace among nations, for a return to that shining City on a Hill, long ago lost and buried by the schemers, the neocons, and the trans-national elites (strong hint here directed at the Jewish influence on globalist politics) none of whom gives a damn about America.

The Trump Clinton conflict is rife with psychoanalytical drama; it is the struggle of masculinity against the shackles placed on it by an aggressive and harsh feminism. Trump’s is a rebellion against the Mother Goddess, a struggle in which he taught himself and his followers to be fearless. Trump’s America is masculine; simple, awkward, but quite likeable.

So today everything is decided. A win for Hillary means the end of the world. This is something we must be prepared for. She is a hostage of much bigger forces. Most likely she is gravely ill and constantly doped. None of this matters; from behind her back the devil himself will rule America and by extension the whole world. This has always been true; we must fear not the witches, but their dark Lord.

Trump’s win would mean a complete reset of the global system. America will be great again, but it will not be the only focal point for the world. Americans and all of us will be free.

Tomorrow we wake up to a new world. Either much better or much worse than today. In any case, things will not be the same. We shall witness a new dawn or the beginning of the final countdown. 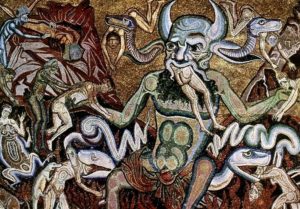 Moscow Pulling Greece Into Its Orbit

Is Ukraine European at last?

China, Russia Coordinating To Bag US Spies With Hacked US Data