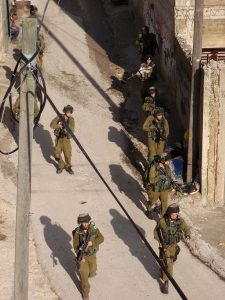 A recent article at al-Jazeera included discussions with young Palestinians. One woman tells Al-Jazeera that she is one of the “Palestinians in the 1948 territories,” meaning pre-Israel Palestine. She says “we want a state for all its citizens. A state that can guarantee the return of the refugees.” Another man says “Palestine is from the [Jordan] river to the [Mediterranean] sea. Historical Palestine is the one that we believe in.” A third says “Today if you want to say Palestine, one person tells you Palestine is from the [Jordan] river to the [Mediterranean] sea, another person says Palestine is on the 1967 borders [East Jerusalem, West Bank and Gaza]. ” And another man claims “we’re shifting towards a one-state reality,” while the last interviewee says “we can create one democratic state.”

Another recent article at The Guardian discussed Haifa and “segregation” in the city. In the interesting article there is a lot of discussion about coexistence and also living apart.At one point it notes that: “‘independent Palestinian institutions do not believe in coexistence,’ explains Al-Khashabi’s director, Bashar Murkus. ‘We believe in dialogue from a position of strength and independence.’”

Lastly, in a recent interview Mustafa Barghouti said “what they are offering us is a system of apartheid, one state with an occupation that is the longest in modern history.” He argued that if there was a solution for two states then there is a possibility for peace, “but when Israel continues settlements and tries to impose on us unilateral actions like moving the embassy, this will not lead to peace, what we see is that the land we live on is disappearing everyday…” Therefore “there is consensus if Israel kills two state solution then the only solution is one state with equal rights and that means that state will not be Jewish only.” The choice for Israel is clear, either accept two states or one state with equal rights, he said. He also said Palestinians would never accept the current situation.

This is important to listen to because Israel appears to be at the peak of its strength. It has been reaching out to Gulf states and it has a friend in the White House. But the Palestinian issue remains. The Palestinians appear divided between those citizens of Israel, the residents of Jerusalem and those in the West Bank, Gaza and the diaspora. But they are unified on certain things, such as identity and opposition to Israel. We can hear that in these voices that span the West Bank, Gaza, Jerusalem and Israel. When the narrative is about “Arabs of 1948” or of “river to the sea,” it’s quite clear. Other terms are more nuanced, such as “state of all its citizens” or less nuanced, such as “one state.” But the general trend is a loss of hope and interest in the two state concept.

For years the Israeli right wing sought to deter the two state concept, arguing it endangered Israel. Not it seems many Palestinians have come around and agree, but for different reasons. Both sides seem to think time is on their side. But time cannot be on everyone’s side. Both sides think they are winning. Palestinians appeared weaker and more divided than ever. Hamas has been weakened in Gaza. The Palestinian Authority is hanging on with elderly leadership and its western-trained security forces. Jerusalem Palestinians have few civil society organizations and rarely protest. In Israel the Arab minority is in some ways more integrated than ever. But that doesn’t change certain underlying issues of identity.

It is important to look more deeply at what is happening and whether it will change the paradigm in the future.

The Nazi Who Hid In Egypt