Translation from the Ukrainian local press article from Kymenko Time, 5/26/20

Information about the mysterious biological laboratories that were built and modernized in Ukraine with the participation of the United States has been confirmed.

Despite the fact that back in early May, the SBU denied their existence, and already on May 26, the Ministry of Health confirmed the veracity of the information.

What are these facilities, which authorities are under their jurisdiction, what research is being done, and what is the role of American specialists in them? Read the material Klymenko Time.

The Ministry of Health confirmed that projects for the modernization and construction of biological laboratories have been implemented in Ukraine for 15 years. These are Ukrainian-American projects, which are regulated by a very old interstate agreement – the Memorandum of 1993 on cooperation in countering the spread of technologies and pathogens for biological weapons.

For the first time, work began under President Yushchenko in November 2005, when a more specific agreement was signed between the US Department of Defense and the Ukrainian Ministry of Health. The program covered the Research Institute of Epidemiology and Virology in Lvov and the Research Institute of Anti-Plague Research in Odessa, as well as a number of MoH facilities that, as indicated in the Agreement, can be used for the development of biological weapons. In other words, the US Department of Defense specialists got access to the scientific and laboratory infrastructure of Ukraine, which can be used to create biological weapons.

The first program was completed in 2014, and over 9 years, 8 laboratories were modernized or built in Ukraine on the basis of regional laboratory centers in Vinnitsa, Dnepropetrovsk, Zakarpattia, Lvov, Kharkiv, Kherson, Ternopil regions and in the Autonomous Republic of Crimea.

But two years later, already under President Poroshenko, a new agreement was signed between the Pentagon and the Ministry of Health of Ukraine on the extension of cooperation, namely: now the connection of Ukrainian laboratories to a single online disease surveillance software (Electronic Integrated Surveillance System), for which the United States allocated $1.28 million in technical assistance. The Americans attracted the well-known international engineering company Black & Veatch as a contractor . In other words, at the second stage, the Americans got access to those laboratories that had been preparing the previous 9 years.

In 2016, the Ministry of Health was headed by a native of the United States, Uliana Suprun, in the status of acting. minister. De facto, its protracted temporary status did not prevent the launch of the second stage of the program. But whether she could de jure sign such agreements is only one of the questions for Suprun’s work in Ukraine. In fact, there are many more, and not only personally to her. Since it is high time for Kiev to decide on the place, meaning and boundaries of cooperation with the United States. 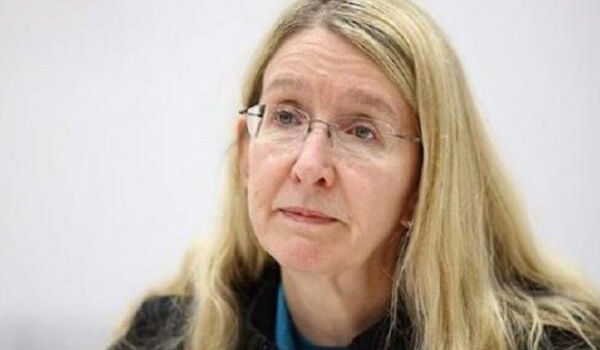 For the first time, Viktor Medvedchuk, co-chairman of the Opposition Platform for Life, spoke about American biological laboratories in Ukraine. In an appeal on the party’s website, he demanded to publish information about 15 American military laboratories, whose activities, according to him, threaten the life and health of Ukrainians. Medvedchuk also stated that a certain international “Scientific and Technical Center” operates in Ukraine, which is funded by the United States, and its employees are endowed with diplomatic immunity.

Then, TV channels 112 and Zik, where the interests of Medvedchuk, as well as Igor Kolomoisky’s “1 + 1”, spoke about the secret American laboratories in Ukraine. But the Ukrainian authorities ignored this information. When the media and social networks began to write about them, the US Embassy reacted first, and then our SBU also responded.

They said that they were not talking about some secret foreign laboratories, but that the project was being implemented in accordance with the law within the framework of a memorandum with the United States of 1993 on assistance to Ukraine in the elimination of strategic nuclear weapons and the prevention of the proliferation of weapons of mass destruction.

“One of its points is the timely detection and counteraction to outbreaks caused by dangerous pathogens,” the SBU said in a statement. This is especially interesting in the light of the fact that it was through the efforts of the acting. Suprun in Ukraine, the sanitary and epidemiological service was liquidated.

The identification and rapid response to epidemiological diseases in Ukraine are also mentioned in the goals and objectives of the joint project with the Americans for the modernization and construction of Ukrainian biological laboratories. These tasks cover everything that Ukraine did not have in order to adequately respond to the coronavirus pandemic.

Some project objectives are directly related to the epidemiological control system, such as the creation of real-time monitoring for bacteriological, virological, radiological and sanitary-chemical studies, the creation of social and hygienic monitoring and even a system of unified teams at the national level to respond to outbreaks of the above listed diseases type.

Then why, as a result of almost 15 years of implementation of such a project with the participation of the United States, Ukraine was not ready for the coronavirus epidemic, even at an elementary level? Why was the sanitary and epidemiological service liquidated after the Suprun reform, and at the second stage of its reform, most of the infectious diseases hospitals were to be liquidated?

Why is the level of Covid-19 diagnostics in Ukraine so low that EU ambassadors show distrust of official statistics? Why did the scientists of the Institute of Molecular Biology knock out funding from the state to produce their own test systems for diagnosing Covid-19? Why is Ukraine still buying tests for diagnostics, and they are sorely lacking, just as there are already not enough PCR laboratories? What kind of system for monitoring the detection of diseases are we talking about, if now Ukrainians are informed about the results of testing by PCR laboratories with a delay of at least 10 days?

Are these 8-15 laboratories built or modernized by the Americans in Ukraine involved in the diagnosis of Covid-19? Finally, what kind of research, and who conducts it in these laboratories, and at the same time, and with what money?

The coronavirus pandemic has raised all these questions, and the Ukrainian authorities must answer them to Ukrainians. Although the answers may be of interest to other countries. Yes, and American taxpayers are probably interested in knowing what their money is spent on.

CDMedia is being targeted and obviously too effective! We need your support to put more reporters in the field! Help us here!

FLASHBACK TO JANUARY: The CIA May Be Breeding Nazi Terror In Ukraine