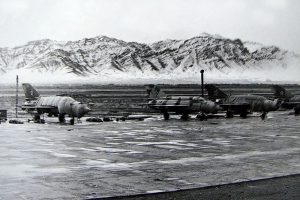 A Soviet pilot shot down during the Russian-Afghanistan War in the 1980s has been found alive and wants to return to Mother Russia.

Vostrotin, who heads the Russian side of a Russian-US joint commission on prisoners of war and soldiers missing in action, declined to name the pilot for reasons of confidentiality. The man was shot down in 1987 and was likely now to be over 60, the deputy head of veteran’s organisation Battle Brotherhood, Vyacheslav Kalinin, told the news agency, reported The Guardian. The man could be in Pakistan where the Mujahideen kept prisoners of war.

“The Kommersant business daily reported that only one Soviet pilot was shot down in 1987, naming him as Sergei Pantelyuk from the southern Russian Rostov region, who went missing along with his plane after taking off from Bagram airfield, now a US air base, north of Kabul. The head of a local veterans’ organisation said his mother and sister were both alive and the Komsomolskaya Pravda tabloid traced Pantelyuk’s 31-year-old daughter who was born months before her father went missing,” wrote The Guardian.