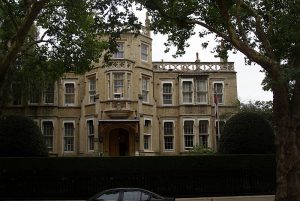 “Dirty” Russian money is undermining Britain’s efforts to stand up to the Kremlin and supports President Vladimir Putin’s campaign “to subvert the international rules-based system,” a parliamentary report says.

“The scale of damage that this ‘dirty money’ can do to U.K. foreign policy interests dwarfs the benefit of Russian transactions in the City,” Foreign Affairs Committee Chairman Tom Tugendhat said on May 21 ahead of the release of the report, titled Moscow’s Gold: Russian Corruption in the U.K.