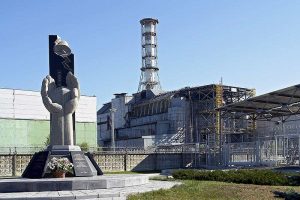 A massive floating nuclear power plant is now making its way toward its final destination at an Arctic port, after Russia’s state nuclear corporation Rosatom launched the controversial craft over the weekend. It’s the first nuclear power plant of its kind, Russian officials say.

Called the Akademik Lomonosov, the floating power plant is being towed at a creeping pace out of St. Petersburg, where it was built over the last nine years. It will eventually be brought northward, to Murmansk – where its two nuclear reactors will be loaded with nuclear fuel and started up this fall…