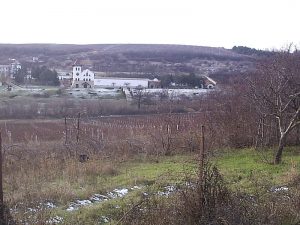 It is a little known fact that Moldova produced much of the Soviet Union’s wine. Therefore it is striking that one of the major wineries based in Moldova, Moldovan Purcari Wineries, just went public and listed its shares on the Romanian Stock Exchange, raising the equivalent of $50 million.

“The company has four wineries in southeast Moldova and Romania, producing red, white, rose and sparkling wines that sell in Romania, Poland, the Czech republic, Slovakia and Asia. Officials said Russian embargos in 2006 and 2014 cost the company $15 million. Before that, more than 80 percent of Purcari wine was exported there. The vineyard started producing wine in 1827. Today a majority stake is held by Bostan along with Horizon Capital and International Finance Corporation,” reported Fox News.

Russia embargoed many Moldovan food products after the country’s government moved towards the European Union in 2014. In the years that followed, Moldova faced significant societal upheavals as the pro-EU government was accused of corruption and involvement in a corrupt plan to bilk the country of 20% of the assets of its banking system. Analysts accuse Russia of masterminding the project to bankrupt the country and pull the former Soviet territory back into its orbit.

Russia also was involved in the infamous ‘Russian Laundromat’, where upwards of $20 billion was laundered through the country’s banks to offshore accounts.

The fight between East and West in Chisinau is ongoing, with the Moldovan government recently passing restrictions against Russian media inside the tiny nation.