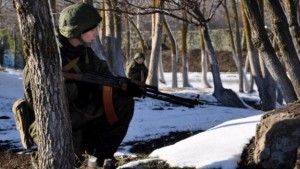 Russian Defense Minister Sergei Shoigu stated Russian President Vladimir Putin gave a surprise order for a large military snap drill in the Rostov region on the Ukrainian border, next to East Ukrainian territory controlled by pro-Russian separatists. The exercise involves 8500 troops and dozens of ships and aircraft and includes the Crimean Peninsula, annexed by Russia from Ukraine in 2014. The exercise included the rapid relocation of troops from 3,000km away and the establishment of emergency landing strips for aircraft, reported the Russian state news agency, TASS.

Shoigu said that as of 5 a.m. Moscow time on Monday morning, southern forces had gone into full combat alert, ready to carry out “a wide spectrum of tasks.” The minister added that besides the army and the airborne forces, the air force and anti-aircraft defense units were also due to take part in these comprehensive practice maneuvers, but he stressed that the nature of the exercise was defensive. 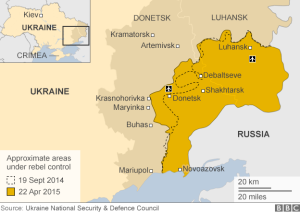 State television showed pilots clambering into their airplanes in snowy airfields and officers unfurling maps and speaking on telephones. The exercise began at 5 a.m., reported the New York Times.

“From that moment, we began our surprise check of the military preparedness in the southwest strategic direction,” Sergei K. Shoigu, the defense minister, said in comments carried on state television. 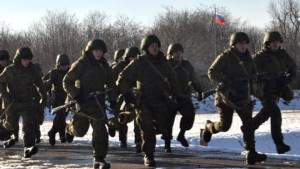 Volodymyr Groysman Is The Man In Kyiv!