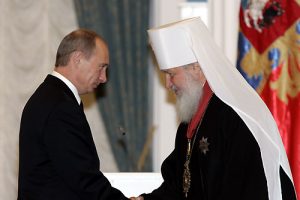 The head of the Russian Orthodox Church in Moscow, Patriarch Kirill, said this week the faithful should ‘stop losing their minds over Bitcoin.’ He added it was the duty of the church to prevent “enslavement by the passions and to promote righteous labor.”

“People are selling all of their property to get a chance at quick enrichment by buying cryptocurrencies,” Patriarch Kirill said in an address to Russian senators on Thursday, reported The Moscow Times.

He said that people “lose their minds” when they see the uncontrollable growth of the value of bitcoin against the dollar.

“Suddenly, bitcoin collapses [in value] and people realize that they didn’t win anything but that they lost everything they had.”

The main concern of the church seems to be the financial risk Russians are taking on by speculating on Bitcoin. Patriarch Kirill noted that it was the church’s role to prevent “enslavement by the passions and to promote righteous labor, which should, of course, be adequately compensated.”

Cryptocurrency has been supported by the Kremlin as a technology that could help Russia diversify its economy away from hydrocarbons. Russian President Putin has thrown his weight behind an initiative to spend $100 million on the effort. The Kremlin has even suggested it will develop a crypto ruble to enable Russians to use the technology while under strict government regulation, and to avoid Western sanctions.