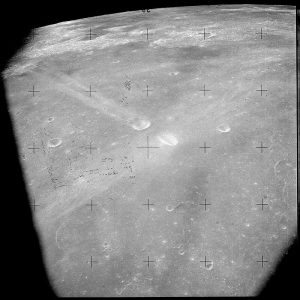 Russia President Vladimir Putin has given instructions to Russian scientists to achieve a lunar landing within 15 years. Putin’s vision for the Russian Federation is to make the country a superpower once again on the world stage; achieving this status in space would be a large step in this direction.

“As part of this drive, the Luna-25 (formerly known as Luna-Glob) automated probe will be sent to explore the Moon’s South Pole. The module will land in the Boguslavsky crater near the south pole and begin drilling. The last Soviet lunar mission was sent in 1976 when the Luna-24 probe made a soft landing, collecting soil samples before returning to Earth,” reported the New York Post.

“After the Luna-25, Russia plans to send up Luna-26, an orbital spacecraft which will circle the Moom. The spacecraft will be gathering and transmitting information from the landing station. Finally, a “cryogenic in-depth drilling rig” and automated space station will land on the south pole and begin mining,” wrote the New York Post.

The Russian effort will initially be unmanned. The long-term plan is to colonize Earth’s satellite and mine for minerals.

Although the Soviet Union never landed a human on the Moon, the USSR was the first nation to place a satellite in Earth’s orbit, Sputnik, in 1957. This development drove the Kennedy administration to prioritize manned spaceflight, resulting in multiple American lunar landings into the 1970s. The space race was a large part of the confrontation of the Cold War between the Soviet Union and the United States.

Son Of Murderous Nanny Was Involved With ISIS