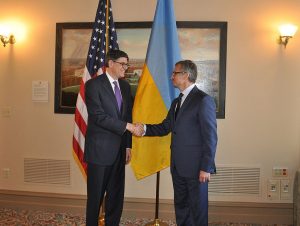 The Ukrainian parliament approved a law after years of urging by the International community that will allow for the sale of state-owned corporations. There are over 3,000 entities to be disposed of, most of them unprofitable. The legislation is a requirement by the International Monetary Fund (IMF) for release of further tranches of Ukraine’s $17.5 billion aid package.

“The project offers a number of key changes which would help restore the confidence of local as well as foreign investors in the privatization process,” said the acting head of the State Property Fund, Vitaliy Trubarov, in a parliament discussion, reported Reuters.

“The law will allow the state to sell assets at cheaper prices than the starting price of the auction. If the first sale fails, the price can be cut by 25 percent, then by 50 percent if a second attempt fails, and finally, if the sale falls through a third time, the State Property Fund can hold consultations with potential investors about the price,” wrote Reuters.

“It’s not a secret to anybody that 3,500 state businesses is a complete nonsense for the country. They generate losses for the state and profit for those who have been feeding around these businesses for decades,” declared Prime Minister Volodymyr Groysman.

“It’s important for our economic growth and is one of the biggest steps towards anti-corruption policy in the state.”