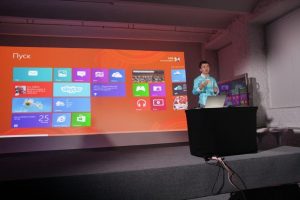 Russian President Vladimir Putin has warned Russian hi-tech companies that if they use foreign software, they will lose out on government contracts. Putin said cyber security will prevent the Kremlin from buying software where Russia’s security may be threatened.

“In terms of security, there are things that are critically important for the state, for sustaining life in certain sectors and regions,” Interfax news agency quoted Putin as telling a meeting with Russian technology producers, reported CNBC.

“And if you are going to bring in hardware and software in such quantities, then in certain areas the state will inevitably say to you: ‘You know, we cannot buy that, because somewhere a button will be pressed and here everything will go down…So bear that in mind.”

There is another agenda in play besides cyber security however, Moscow has been pushing Russia to become less dependent on foreign imports since Western sanctions were imposed in 2014. The Kremlin also sees hi-tech as an area where Russia can excel and diversify its economy.

Russia still is heavily dependent on hydrocarbons for its economy and federal budget. The collapse in oil prices, combined with Western sanctions, have been a one-two punch to the gut for Moscow. Putin is focused on not letting this scenario replay itself in the future.