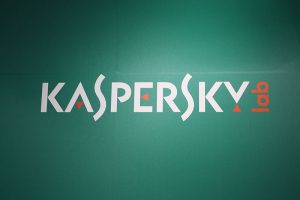 The giant electronics retailer, Best Buy, is pulling Russian-made Kapersky Labs anti-virus software from its shelves and website after concerns were raised about the companies connection to the Russian government. Best Buy said it had no evidence the allegations were true but declared there was enough concern from the media, Congressional testimony, and industry discussion to make the business decision to remove the product.


Kapersky has 400 million users and denies any links to the Russian government.

But some federal lawmakers are pressing for legislation that would ban the U.S. government from using Kaspersky’s software. They are on heightened alert about Russian hackers, some suspected of being backed by its government, in the wake of their interference in the U.S. presidential election, reported the Star-Tribune.

Sen. Jeanne Shaheen, D-New Hampshire, recently declared, “Beyond the evidence of direct links between [Eugene] Kaspersky and the Russian government, we cannot ignore the indirect links inherent in doing business in the Russia of President Vladimir Putin, where oligarchs and tycoons have no choice but to cooperate with the Kremlin.”

Best Buy will allow customers to get free replacement software within 45 days and allow Geek Squad employees to remove the software for free from your computer.