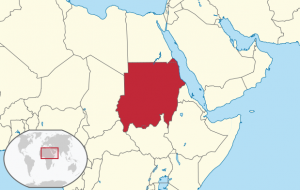 Russia’s ambassador to Sudan, Mirgayas Shirinsky, was found dead in his swimming pool at his residence in Khartoum yesterday announced the Russian Foreign Ministry.

Authorities said there was no evidence of foul play and he died of natural causes, most likely a heart attack or a stroke.

The Sudan Foreign Ministry said in a statement quoted by news agencies that Mr. Shirinsky “died this evening at his Khartoum residence” without providing a cause of death, reported the New York Times.

Multiple Russian diplomats have died overseas this year under suspicious circumstances. The most significant was Vitaly I. Churkin, Russia’s ambassador to the U.N. Moscow has not released the cause of his death.

Conspiracy theorists in Russia are suggesting someone is attempting to kill Russia’s best negotiators as discussions are to possibly ramp up over Crimea and the sanctions issue.