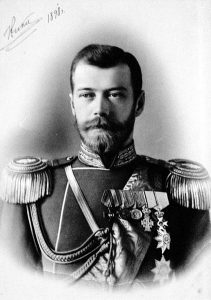 As the 100 year anniversary approaches of the murder of Tsar Nicholas II, his family, and close advisors by Soviet revolutionaries, the descendants of the Russian monarchy are demanding a public trial into the entire affair.

“We need a official criminal investigation and court justice process over them, who tortured and killed the Russian Royal family..,” said Duchess Olga Kulikovskaya-Romanova, the wife of His Highness Kulikovsky-Romanov, Tikhon Nikolaevich, a grandson of Emperor Alexander III and a nephew of tsar Nikolay II, in Ekaterinburg on 17 July 2017 during the commemoration of the Execution of the Imperial Romanov Family.

“I still expect that there will be a correct decision, that is, the court must certainly solve such things,” – says Olga Kulikovskaya-Romanova in an interview with reporters, reported Tsargrad TV. 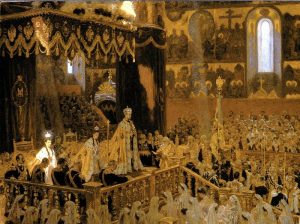 The remaining extended family of the tsar look to meet and remember the monarchy in Russia during the centennial celebration in 2018.

“Descendants of the Romanov dynasty currently living in different countries of the world may hold a major meeting in Russia in 2018 on the centenary anniversary since the tragic death of Czar Nicholas II and his family, said Paul Edward Kulikovsky, the great-grandson of Emperor Alexander III on Monday,” reported Russian Russian state news agency TASS. 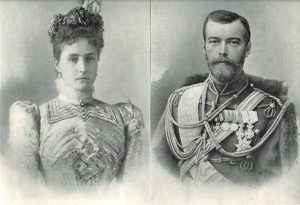 Investigators believe they found the remains of the tsar’s family in a burial site near Ekatarinaburg in 1979. The relics were entombed at the Cathedral of St. Peter and Paul in St. Petersburg in 1998 and family was canonized by the Russian Orthodox Church in 2000. However, the Patriarchy refused to believe the bodies were those of the Romanovs and has called for more investigation.

“Investigation continues for almost a hundred years – a case that doesn’t have a precedent in history,” Bishop Tikhon of Yegoryevsk, the secretary of the Patriarchal Commission in charge of scrutinizing the results of expert studies told TASS.

“Quite naturally, everyone would like to understand in the final run what happened then,” he said. “That’s one of the mysteries of history and it’s drawing the bulk of public attention. Specialists will present all the versions without exception to the Patriarch and to commission members to enable them to make further decisions.” 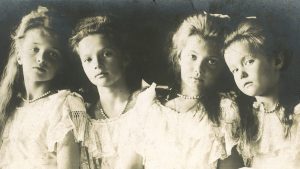 Dr. Vladimir Legoida, the chairman of the Moscow Patriarchate’s department for relations between the Church and society said, “The desire to learn more about our own history, about the death of new regal martyrs shows that our nation is morally healthy…A frank discussion of the events of a hundred years ago, a discussion free of insults and accusations is much needed now and it will be useful for our society.”

“Huge amounts of lies have accumulated around this disdainful crime during the Soviet era and investigators, medics, anthropologists and historians are yet to rid the issue of them,” he said, reported TASS.

“The Church gives its blessing to the efforts of specialists, who are working to untangle the problem and it expects truth from them because truth is the only thing that can unite people whatever their outlooks.”