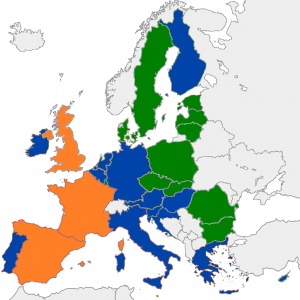 If you visit Croatia, you will notice the EU is very involved in the country. Signs for projects funded by EU wealth are frequently seen on the highways. Wind farms are everywhere, undoubtably subsidized by Brussels.

So it is no surprise that Croatia is serious about joining the Eurozone and the common EU currency. Croatia reduced its percentage of debt to GDP for the first time in a decade, an important facet in getting ready to join the currency union.

“When you look at the euro zone perspective of Croatia, one has to have in mind that Croatia is a heavily ‘euroized’ economy anyway. About three quarters of savings in Croatian banks are in euros,” said Boris Vujcic, governor of the Croatian National Bank, reported Seeking Alpha.

Countries that have recent memories of being under totalitarian control are usually the most eager to put barriers to going back to that type of existence. However, the European Union offers another type of control, one of secular progressivism that has shackles of its own. Croatians beware.