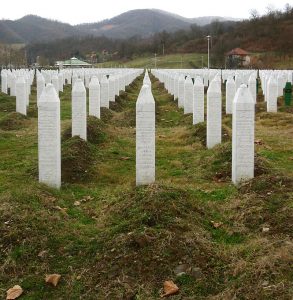 When the 22nd anniversary of the Srebrenica massacres is commemorated on Tuesday, 12 people who were convicted of responsibility for genocide will not be spending the day in prison cells.

Having served their sentences and been released, most of them are now retired and live in either Bosnia and Herzegovina or Serbia – some of them in places where the massacres took place in July 1995, and where survivors and victims’ families are able to see them walking freely in the streets.

Vinko Pandurevic, Ljubomir Borovcanin, Vidoje Blagojevic and Dragan Jokic have all completed the jail terms they were given by the UN war crimes tribunal in The Hague…