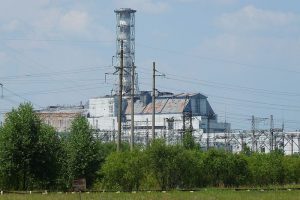 A wildfire broke out near the entombed Chernobyl reactor Thursday, endangered a nuclear waste storage site in the exclusion zone, and spiked radiation levels to 2.5 times the average level.

“According to a radiation survey data, radiation levels measured in the wildfire area at 19:00 on Thursday surpassed reference standards for the exclusion zone by 2.5 times,” the ministry said in a statement, reported Russian state news agency TASS.

The fire broke out about 1300 on Thursday near the Vektor storage site and has burned over 25 hectares.

Over 100 people and associated equipment are involved in fighting the blaze and teams from Kiev and Zhitomir are ready to assist reported TASS.

The Chernobyl site and the abandoned town of Pripyat have become a big tourist draw in Ukraine.