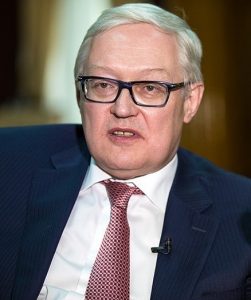 The Trump administration, accused by the American Left as being in bed with Moscow, issued new sanctions against Russian companies and officials over the continued Russian actions in East Ukraine and Crimea.

Russian Foreign Minister Sergey Lavrov said the new restrictions “don’t help to improve the climate.” Speaking in Moscow Tuesday following talks with his French counterpart Jean-Yves Le Drian, Lavrov said he could “only voice regret about the Russo-phobic obsession of our American colleagues … that has gone beyond any limits,” reported Associated Press.

Treasury secretary Mnuchin said today the United States imposed sanctions on 38 Russian companies and individuals in order to “maintain pressure on Russia to work toward a diplomatic solution.”

A Day In The Life Of Russians Suffering Under Sanctions (Warning! It’s Hard To Watch)
“We are convinced that we are right… We will pursue our course steadily and consistently,” said Russian Deputy Foreign Minister Sergei Ryabkov, reported RIA.

The Trump administration has resisted Congressional attempts to tie the executive branch’s hands over the sanctions issue with Russia. Secretary of State Rex Tillerson has said the administration would rather have a free hand in dealing with Russia and negotiating a solution to the tension between the two nations.