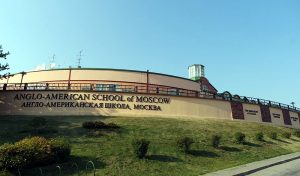 Russia threatened on Friday to seize U.S. diplomatic property and make things difficult for the Anglo-American School in Moscow if the U.S. does not return Russian diplomatic properties seized by the Obama administration in 2016. Two Russian compounds in the U.S. are still being held by American authorities. Obama seized the properties as punishment for perceived Russian interference in the the American 2016 presidential election. Moscow gave the U.S. till July to return the properties.

Russian daily Kommersant reported the news, likely leaked from ‘sources’ within the Kremlin.

The U.S. authorities seized two Russian diplomatic compounds, one in Maryland and another on Long Island, at the same time. Moscow did not retaliate, saying it would wait to see if relations improved under the incoming U.S. president, Donald Trump, reported Reuters. Moscow supposedly wants the compounds back before a July meeting between Russian President Vladimir Putin and U.S. President Donald Trump in Germany at the G20.