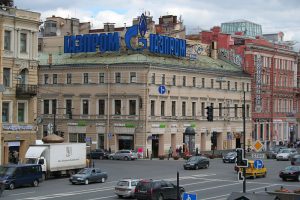 EU antitrust chief Margrethe Vestager will ask the Russian state-owned, natural gas giant, Gazprom for more concessions to end a six year anti-trust case against the Russian firm on Monday. The meeting is seen as evidence of a thaw in tensions between the EU and Russia, even as conflicts in East Ukraine and Syria continue to simmer.

The hydrocarbon monopoly offered in March of this year to change certain practices which anti-trust officials found fault with, including barring countries from re-exporting gas, monopoly pricing in former Soviet territories and satellites, and tying as delivery to infrastructure investment, reports Reuters.

The meeting in itself is a concrete sign the business climate between Moscow and Brussels is improving. Gazprom’s enemies have encouraged the EU to drop the new settlement with Gazprom and levy a huge fine. The outcome of the discussion will shed light on the business climate with Russia in the near future.