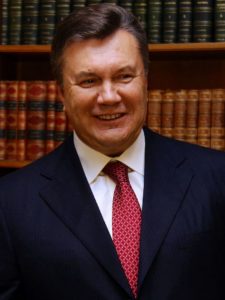 “Yanukovich is stripped of the president’s title precisely by a court ruling as the court establishes the guilt while the parliament only gives a political assessment,” said Poroshenko, reported Russian state news agency TASS.

Ukrainian Prosecutor-General Yuri Lutsenko stated that “the current wording of the law on conviction in absentia gives loopholes to the counsel for the defense of these people to halt and delay the cases against them.” “This law will close a possibility for the defense of Yanukovich and [Ukrainian ex-Interior Minister Vitaly] Zakharchenko to avoid a possibility of being held responsible in an open Ukrainian court,” Lutsenko said, reported TASS.

The Yanukovych attorneys are attempting to bring the case in front of the European humans rights courts and Poroshenko’s move may have been taken to prevent this from happening.

Savchenko Calls For Talks With Rebels