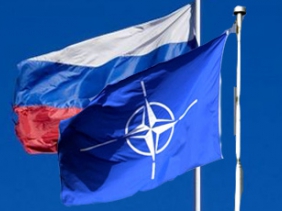 The Minister of Foreign Affairs of the Russian Federation, Sergey Lavrov, met with the Secretary General of the North Atlantic Treaty Organization, Jens Stoltenberg, at the Munich Security Conference.

”During the meeting, Lavrov and  Stoltenberg discussed current state and prospects of relations between Russia and NATO, as well as a number of top issues on the international and the European agenda “, – read a statement on the Foreign Ministry’s website after the meeting.

Stoltenberg said he and Lavrov discussed Ukrainian issues, and expressed hope for progress in relations between the Alliance and Russia after the talks.

Earlier, Stoltenberg suggested Russia should accept the expansion of NATO. According to him, the alliance and defensive actions are proportionate, and the Cold War and confrontation with Russia, is not needed.

The Munich Conference is one of the most important informal forums, which discusses current political issues relating to the balance of power in international relations, strengthening the system of international law and democratic world order.

In 2017, NATO plans to place in the Baltic States and Poland four multinational battalions. Last October, Stoltenberg said that in February 2017 the alliance intends to finalize measures to strengthen the presence in the Black Sea region and to connect to Georgia. Moscow has repeatedly stressed that Russia does not seek confrontation with the West, but the build-up of NATO forces on its borders will require an answer.

Has Moscow Lost Control of Kadyrov?