In early January, Belarus introduced a visa-free regime for citizens of 80 countries, including the US and EU member states. Citizens of these countries will be able to stay for five days in the country without a visa.

In response to the country’s decision to abolish visas for short-term travelers, the Federal Security Service of Russia has established a strong border protection regime between the two ex-Soviet neighbors.

According to the documents published on the legal information portal, border zones are established to “create the necessary conditions for the protection of the state border of Russian Federation.”

Regulated border entries aim to set the place and time for entry and passage of persons and vehicles in the border zone, warning signs are to be installed soon, Bortnikov declared.

The rules imposed by the Belarusian authorities do not apply to those who come to Minsk to then fly to Russia, as well as to passengers arriving on flights to Belarus from Russia. 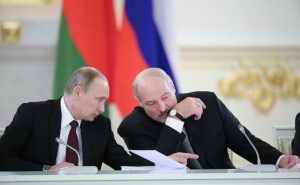