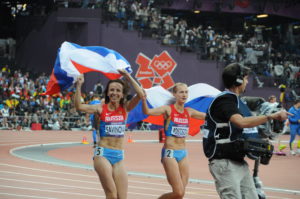 Earlier on Wednesday, the IOC (International Olympic Committee) declared that Russian athlete Tatiana Lebedeva had been stripped of her silver medals from the 2008 Olympic Games in Beijing. Lebedeva obtained the medals in the women’s triple jump event and the women’s long jump.

The decision to strip Lebedeva of two medals became viral after analysis of her doping samples from the 2008 Beijing Olympics. Analysis tested positive for banned substance turinabol – reports IOC release.

“This is a kind of madness … I believe that sports world is turning into politics. No athlete in the world has been suspended for the same reasons the Russian athletes have been suspended … I hope that unbiased social movements in sports will bring this to a close,”  Mutko told R-Sport.

“Definitely I will be filing an appeal. I have been always fighting until the very end,” she said on Wednesday, reports Tass.

The doping scandal, which evolved last year before the opening of the Summer Olympics in Rio, disqualified many Russian athletes from both Olympic and Paralympic games in Brazil.