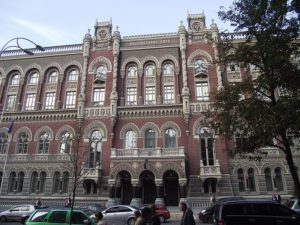 After receiving approval for a $1 billion release from the International Monetary Fund, Ukraine’s central bank declared it expects another $4.5 billion from the supranational organization this year. Ukraine has been fighting endemic corruption and inefficiencies left over from Soviet times, in addition to fighting a war with pro-Russian separatists in Donbass, to the east.

“According to our forecasts, we expect the receipt of approximately $4.5 billion — these are three tranches from the IMF — by the end of this year,” the National Bank’s deputy head, Oleg Churiy, told journalists, reported AFP.

The IMF has made it clear that further progress on removing corruption and ensuring further privatizations are paramount before additional funds can be released. The blockade of the eastern regions by war veterans and volunteers is also depriving industry in government-controlled territory of raw materials, shaving up to 2% off of economic growth in 2017.

“The strength and durability of the recovery depend critically upon the pace and depth of structural reforms in the coming years,” the IMF said in its annual review of the Ukrainian economy.

The World Bank also weighed in on Ukraine’s problems and challenges.

“There are significant headwinds from the weak global economy and the conflict in the east of Ukraine,” said World Bank economist Faruk Khan.

“The coal and trade blockade in the uncontrolled areas of the east of Ukraine are expected to primarily impact two key sectors — steel production and electricity generation,” the expert said in Kiev.

“As a result, our projection of economic growth for 2017 remains modest.”

“So much more needs to be done,” said Satu Kahkonen, the World Bank’s country director for Belarus, Moldova, and Ukraine.