The American constitutional restoration movement known as MAGA is now entering its most crucial phase. Like all revolutionary and counter-revolutionary movements, it is time for it to find out the answer to the BIG QUESTION: is the American military with all its branches of service, all its chain of command, when all the chips are down, supportive of it or not. Yes, or no. Revolutions are highly non-linear; they start slowly and develop at their own pace, but then a certain event, political, military, economic, pushes them over the edge, to success, to failure, or to a civil war the outcome of which is anyone’s guess. The 1917 Bolshevik revolution in Russia started on March 13, 1881, when Tsar Alexander II “The Liberator”, was blown up by the Antifa-like Narodnaya Volya (People’s Will) party. Alexander, as his nickname suggests, was the most liberal of all his predecessors and successors. He freed the serfs as part of a major agrarian land reform and was well on his way to establishing in the Russian Empire a system of limited constitutional monarchy in the French style of his day. His was killed by domestic terrorists not because they feared he would fail to complete his reforms, but because they feared he would succeed. These Russian Antifa’s didn’t want a lawfully constituted rule by elected officials; they wanted a dictatorship by the “proletariat”, meaning by ruthless thugs like themselves. Thirty six years later, they got their wish. Their eventual victory, however, was never a done deal; it took a devastating defeat in the Russo – Japanese war of 1905 and a series of major blows in the first years of the First World War for Russia’s military to become sufficiently disillusioned with the Romanov rule and with Tsar Nicholas II specifically, to break their oath to the Tsar and side with the Bolshevik gang.

In America, the drive for constitutional restoration began with the Tea Party movement and culminated with the unlikely election of President Trump a decade or so later. Things move a bit faster in our hyper-connected age. Trump, a pragmatist used to cutting deals with both types of mafia: the one with .gov email addresses and the one with baseball bats in the trunk, was an unlikely revolutionary. His first instinct was to cut a deal with the establishment. He hired whomever they told him to for senior-level positions and advanced their agenda items first, postponing the implementation of many of his campaign promises. Early in the administration it appeared that the grand bargain that Trump worked so hard to strike had actually worked. Justice Gorsuch was rather easily confirmed, lower court judges too. The military got a budget increase and a few departments such as Veteran Affairs, Education, Housing, Interior, and EPA, were left alone to implement the corrective, back to baseline policies that Trump had promised. On the transformative issue of immigration, however, the deal fell apart. The establishment, all three parts of it, Democrats, Republicans, and the Civil Service was simply unwilling to give an inch; their commitment to open border migration, something entirely different from legally controlled immigration, proved to be absolute. 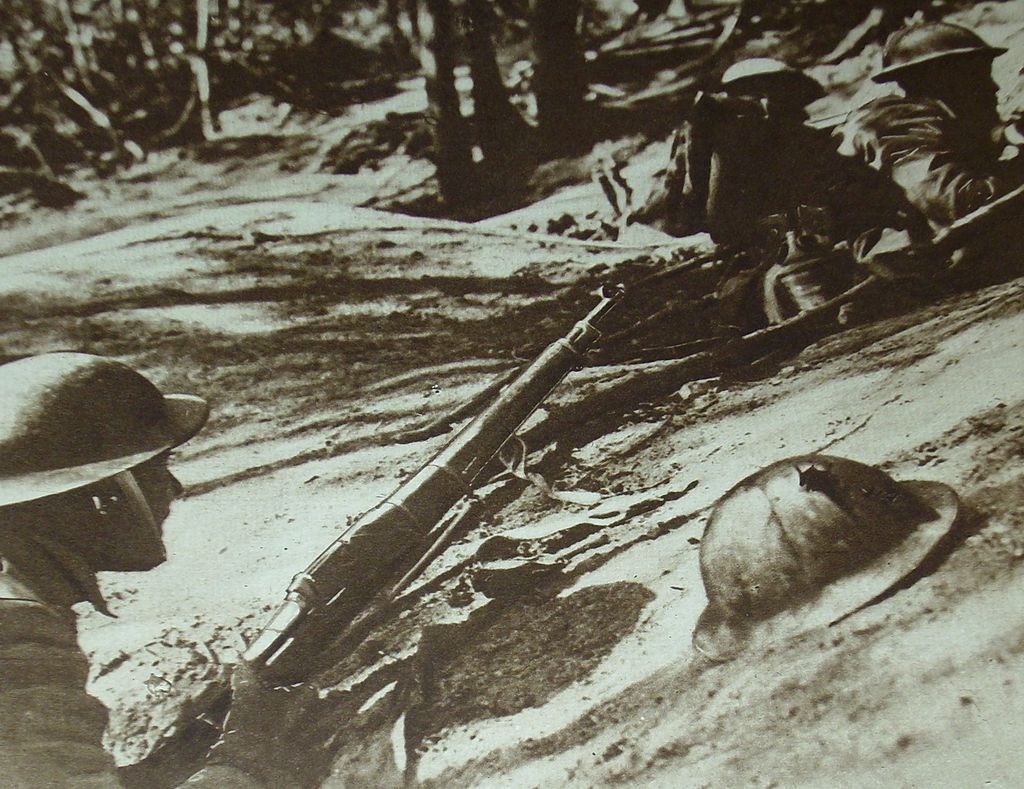 Trump acquiesced to losing the House with nary a fight, he played nice with the ridiculous Mueller “investigation”, hoping that the Democrats, having taken over the House, having restored some of the “face” they had lost in 2016, having regained a seat at the table, would move an inch, a millimeter, towards the expressed wishes of sixty-two million American voters. It didn’t happen. We may never know if Trump had ever thought that this policy of his had a chance, but he sure as heck gave it a try. It failed. So now it is time for Plan B: a war of annihilation. Trump’s only remaining choice is to annihilate the American Establishment and in order to do so he needs what all warlords do: an army. But does he have one? That is the big unanswered question of the day. I believe there can be little doubt that the firing of John Kelly and James Mattis, both Marine Corps generals, was done after they gave a negative answer to a simple question Trump had asked them: “are you willing to execute my order to deploy the full might of the American military, using all necessary means, to secure the Mexican border against all intruders?” Kelly’s and Mattis’s refusal to carry out this order on the grounds of its purported illegality, left them no choice but to resign and left Trump with no choice but to fire them. Trump’s recall of the American military from the Middle East is the action of a Commander In Chief who believes his country to be under attack on the homeland itself and thus in no position to project its military might abroad in support of foreign policy or humanitarian objectives.

Trump will test to the fullest the unlimited powers given him by the Constitution to command the American military forces as their Commander In Chief. To do so, he will dismiss from service any officer, any cabinet member, any staffer who opposes his order to secure the Mexican border. Will he find any who are willing to carry out his orders, even in defiance of both Congress and the Judiciary, the two branches of government that for many decades had been unconstitutionally usurping the powers of the Executive? Will the command structure of the American military withstand the enormous pressures that it will face in the upcoming days and weeks and months? Nobody knows. One things is clear, however: if a properly elected Commander In Chief cannot order his military to secure the country’s borders against invasion, America as an independent political entity in which the people are sovereign via a system of carefully crafted checks and balances in a constitutionally established federal structure of governance is finished.

If Trump wins, he will join the ranks of George Washington and Abraham Lincoln, Kelly and Mattis will be remembered as the Benedict Arnold’s of the 21st Century and America will survive. If he loses, well, to quote Ann Coulter: “Adios, America!”

Trump’s US Decision On Syria Withdrawal: A Discussion With Seth J. Frantzman