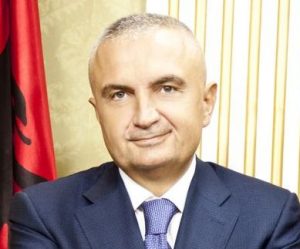 It happens frequently in Albania that politicians deny facts and attack the adversary immediately. Not a smart thing, if you consider historical attitudes of great men of state, who maintained indifference is the best tool until waters are calm.

The Freedom House report has sparked a lot of discussion, especially regarding one remark-Albania’s progress towards fighting corruption was hindered by the election of former Head of Socialist Movement for Integration, Ilir Meta, as President of the Republic. The report states openly that he is a corrupt person and that the US had provided facts to the former General Prosecutor, Adriatik Llalla, since 2015 through their Ambassador in Albania, Donald Lu. Everything was made clear after the publication of Llalla’s letter on the website of the American Congress in May 2017, mentioning Lu’s pressure.

That is of course big news for the media, so it is not a surprise that since this morning, we have been reading and hearing more than that with different impacts. Every newspaper and TV/radio station in the country are talking about this.

What the media reports have in common is the head-to-head attack of people involved and total denial on all parts.
The first reaction came late yesterday from Meta’s SMI party and the presidency, who declared themselves against the Freedom House report, calling it an evil-minded attack that distorted the facts. Freedom House responded immediately by saying that FH organization is a non-partisan institution. They called on Albanian political actors to read the report thoroughly, as it includes real and detailed concerns about corruption in Albania.

US ambassador Donald Lu has also denied the fact that upon his arrival in Albania in 2015, he suggested Meta’s arrest. Lu states the former General Prosecutor Llalla is corrupt. He has been under investigation for a year now for his anti-constitutional actions. He is talking nonsense, trying to escape justice, as he knows well that he will end up in jail.

What surprises most is the silence of position and the current temporary General Prosecutor, Arta Marku, who is expected to start an immediate investigations into such a notorious fact.

Denial is the buzzword of the moment, a thing that only stirs imagination and leaves space for speculations on all sides.

It seems President Meta is under fire even internationally. According to our neighbouring mainstream media, Meta paid a visit to Macedonia last week. Besides meeting Albanian politicians, he also met with the former Head of Macedonian Secret Services, a spy for the opposition leader, Gruevski. The visit was unofficial and no notice was given from the Presidency in its regard. There have been a lot of doubts in Skopje, calling it another scandal regarding Meta. Media reports suppose the meeting had to do with a secret plan to overthrow Zaev’s government. True or fake, denial will be on the way, as usual…

‘Partition Of Kosovo’ Must Be Agreed With Serbia And Approved By UNSC, Says Russian Ambassador