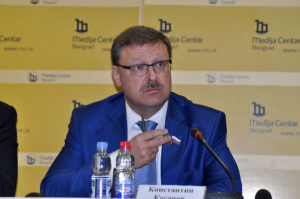 Russia firmly believes that its actions in Syria are right and that its “vision of how the world should be organized is also right,” he added.
“We proposed to Americans, without infringing on their interests in any way, to take into account Russian (interests) as well,” he concluded, reported TASS.

The Life And Death Of Anna Politokovskaya

Russia Says Not Planning Conflict With US

The Frogfoot Vs The Warthog…Which One Wins?

US Accuses Russia Of Barbarism In Aleppo