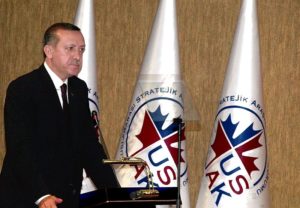 Turkish presidential spokesman Ibrahim Kalin has confirmed on Monday that President Recep Tayyip Erdogan has sent a letter of condolence on the death of the Su-24 pilot to Russian leader Vladimir Putin, Anadolu news agency has reported.

“Kalin said that Erdogan offered his deep condolences on the downed Russian plane. The letter also calls for restoring the traditional friendly relations between Turkey and Russia and their joint fight against terrorism to resolve regional crises,” the news agency said.

Kalin also noted that “Turkey and Russia agreed to take the necessary steps for the development of bilateral relations.” Russian presidential press secretary Dmitry Peskov earlier said that the Turkish president offered his apologies for the death of the pilot and the downed Russian plane.

“Russian President Vladimir Putin has received a message from Turkey’s President Erdogan where the Turkish leader expressed his readiness to settle the situation over the downing of the Russian warplane,” Peskov said. He noted that “in his message, the Turkish head of state offered his condolences to the family of the Russian pilot and said, ‘I am sorry.’”

The Turkish Air Force downed a Russian Sukhoi Su-24 bomber over Syria on November 24, 2015. Turkey said the plane had violated the Turkish airspace. The Russian Defense Ministry claims that the Su-24 was gunned down over Syria. The crew managed to eject itself. One pilot was shot dead by fire opened from the ground. The second pilot was saved and delivered to the Khmeimim air base in Syria. Russian President Vladimir Putin described the attack on the Russian aircraft, which took part in the counter-terrorism operation in Syria and posed no threat to Turkey, as a treacherous “stab in the back.”

The Most Brutal Military Training In The World