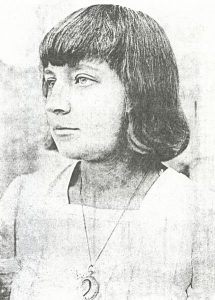 Marina Tsvetaeva was, with Anna Akhmatova, Osip Mandelstam and Boris Pasternak, one of the four major Russian poets of the 20th century. Tsvetaeva was born in 1892, the daughter of a gifted amateur pianist and the founder of what is today the Pushkin Museum. She began writing poetry at the age of six; her first book appeared in 1910. She met her husband, Sergei Efron, in 1911 and had three children by him. In 1917 Sergei joined the White Army and Marina did not see him again for five years. She survived the Revolution and in 1922 emigrated to Prague to join him, later moving to Paris. However, by 1939, hardly known in her own country and virtually ostracized by the emigre community, she was persuaded by Sergei, who was now working for the Soviet Secret Police, to return to Russia. He was arrested and shot on arrival, her surviving daughter was sent to the Gulag, and in 1941, with only enough money left for two loaves of bread, Marina Tsvetaeva committed suicide. (Taken from Amazon description of Tsvetaeva)

God placed me all alone

Amid the wide world

You’re no woman, but a bird