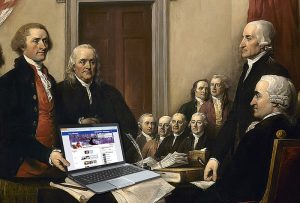 The Framers of the American Constitution were a dour lot; they equally held in contempt every part of humanity. They suspected the poor masses of being overly emotional and the merchants of being overly greedy. The nobility, they were sure, was born corrupt and elected politicians picked that trait up with alarming speed. This equal opportunity suspicion of every class of humanity led them to produce a document that carefully balanced on many levels the perceived interests of many different groups, creating for them a highly regulated stage in which to negotiate their interests and try to win their share of the pie from those who wanted it no less.

It is fair to say that no amount of avarice, corruption, backhand dealing, bribe-taking, hysterics, emotional manipulation, or any other ugliness that we are witnessing today in spades in American politics would have surprised the American Fathers in the least. Their crowning achievement, the US Constitution, survived more than two centuries of challenges and witnessed, built upon its rock-solid foundations, the greatest world power that has ever existed on our planet.

So are we safe? Is the Fathers’ omniscience and prescience still protecting us as Americans? Have they managed to foresee every eventuality and thus protect us against all negative outcomes? The answer, alas, is a resounding no. While many of the Fathers were brilliant economists, they had a concept of money that was demolished when America left the gold standard in stages lasting between 1933 and 1971. Fundamentally and foundationally, the Fathers knew that Planet Earth contained and would always contain finite resources and since currency was simply a symbol of one’s piece of that fixed resource pie, its supply could in no way be itself infinite.

Whether the symbolism of currency involves rare metals such as silver and gold whose very rarity makes them symbolic of other more useful and more plentiful, but also not infinite commodities such as corn, or whether currency is paper, conveniently replacing bulkier metals, or series of ones and zeros living on pieces of silicone, making the usage of money even more convenient, none of this mattered; the world supply of money had to be finite, because the world’s resources were finite. This concept can be illustrated today when we consider that the Russian Empress Catherine the Great, George Washington’s contemporary, sold some of her personal art and jewelry to fund Russia’s ongoing wars with the Ottoman Empire. She was not happy to do it and she complained bitterly in her letters to Voltaire, but the other options at her disposal to fund an attractive war that she could win against a weakened adversary were even less palatable. They included higher taxation of the nobility (she needed their support to govern) or the middle classes (she saw them as her allies in the push to enlightenment and industrialization), or the peasants (they were already revolting and on the edge of starvation). She could have borrowed, but that would have weakened her standing with respect to her peers in Europe, or she could have defunded her other priorities such as investment in industry and education, priorities that she valued highly. 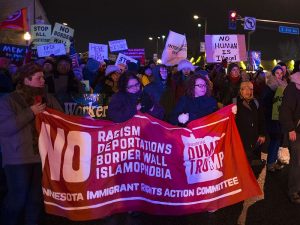 What could have never occurred to Catherine or to the American Founding Fathers is that money could simply be made up Deus Ex Machina from thin air. Because if that were true, infinite amounts of money could be made and the link between money, a symbol, and the world’s usable finite resources which money symbolizes, would be severed at the fundamental level. Since then, many Nobel Prizes in economics and may fortunes were made trying to prove that a money supply untethered from reality can be managed by central bankers and genius economists or that the world’s resources were not in fact finite because a company like Facebook could suddenly appear and out of thin air create large wealth for millions of its shareholders.

I think that the likes of Alexander Hamilton would not have bought into these arguments. The facebooks and twitters of today are nothing but tulip manias and other pyramid schemes that were well-known in late 18th century Europe. They provide no service and make nothing of value, but they are rather adept, for a brief while, at convincing quite a few people that they do. No, what Hamilton and his peers would have perceived in the money printing so brilliantly called “quantitative easing” by our faceless bureaucrats, would have been simply what it really is: a shameless and boldfaced action to disrupt the natural boom-bust economic cycles and to pander to the masses while enriching, even if only for a while, the financial elites.

Oh, but such games with human nature are so exceedingly dangerous, so reckless, that even our Founding Fathers could not foresee them. And there is a reason why they couldn’t; to pull off this kind of global sleight of hand requires it to be done by a world power of massive global economic preeminence, a power that they could not predict ever arising. The world of the Founding Fathers was multipolar; in Europe, Russia, Prussia, and France were rather closely matched. Great Britain was beginning to emerge as a leading power, but without a major land army that could compete with its rivals on the continent, it was doomed to rely on its naval supremacy and sneaky foreign policy, both instruments of limited value. In that world, the move by any one party to create fiat money would have instantaneously ruined its international credit and rendered it powerless against inflation and financial disaster.

Perhaps the Fathers are now falling victims of their own theomorphic prescience, because they have created the one thing that they could not have foreseen, an America so powerful that it could create infinite amounts of fiat money and force the entire world to accept this fake currency, the American Dollar, detached as it is from any symbolism of real value, as representative of such. But no humans, not even the likes of Washington and Franklin and Hamilton, can break the laws of God without paying the price. In today’s America, regular folks are used to a standard of living, and even more ominously a standard of free government services, that would have been unthinkable to their parents and grandparents. Those in the American electorate who call themselves “conservative” are, of course, nothing of the sort. The only difference between them and liberals on fiscal policy is that they want free stuff for themselves while denying it to others in the name of fiscal responsibility, while liberals just want free stuff for everyone.

“Conservatives” love to complain about government spending and want to fund a military machine ten times the size of its nearest rival (even if just in budgetary terms), but utterly unwilling to trade the slightest bit of the least and the last of the social engineering programs we call entitlements that they so enjoy. The staunchest member of the Republican Freedom Caucus in Congress will go down in flames if he suggests delaying the retirement age by a week. Or taking one medical procedure off of Medicare. Or how about, and my hand trembles when I write this, suggesting that medical services funded by entitlement programs become rationed like they are in Canada and in Europe. Hip replacement for Grandma? Sure, eighteen months from now. But she is in pain, you say and can hardly move? Well, tough luck, you’ll have to help her out when she goes shopping for the next year and a half because we just decided to invade Iraqistan. 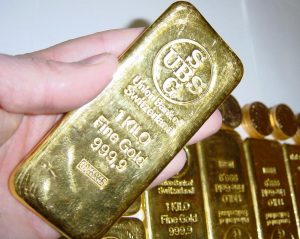 No, Americans are all clueless liberals when it comes to the services that they themselves enjoy. They are not willing to give an iota, budge a thousandth of an inch when it comes to their own cherished benefits. This attitude is so entrenched among all Americans that it is now America’s greatest and perhaps only strategic weakness. Simply put, America has been militarily and financially dominant for more than a century now, but it is the quintessentially American IT revolution that made it too big for its own britches and is quite likely to now cut it down to size. This revolution at once enriched America beyond even its own already high measure and at the same time planted the seeds of America’s destruction by making Americans addicted to their ridiculously unsustainable standard of living and enabling other countries to compete without first investing in the massive infrastructure that is required by more traditional “brick and mortar” industries.

America’s main rivals, first and foremost China, but even Russia and India and Japan, boast populations that within their own lifetimes are used to hardships that would be unthinkable to Americans for more than three generations now. In the accelerating global competition for the, yes, finite, global resources, the folks outside of North America and Western Europe have much less to lose and much more to gain. The Piper’s bill is, well, for lack of a better word, ginormous and it is rapidly coming due. The lion share of this bill was run up, albeit unwittingly, by Americans, and it is only fitting that they will pay their fair share. Alas, “our SOB politicians screwed us” is not going to cut it much in way of an excuse. A rebalancing of Biblical proportions is coming and the scary part is that it is the one thing the Founding Fathers could not foresee. God help us all.

The Hi-Tech Traditionalist: The Middle East Is Vietnam 2.0