Civilization is about boundaries. Holy and profane, pure and impure. Yours and mine, public and private. Male and female, human and animal. Your country and theirs. Truths and lies, legal and illegal. Aggression and self-defense.

The globalist agenda amounts to the destruction of civilization because its goal is the removal of every single one of these boundaries. In the West, this agenda has had a tremendous success and is nearly victorious.

Globally, it has encountered only a few obstacles. The most blatant, violent, and least understood among them is the rise of radical Islam. This is simply a violent reaction by deeply traditional societies that hold boundaries to be a part of the divine order against their forceful removal by their erstwhile colonial masters.

India, the prototypical boundary culture (think castes), has proven resistant to globalism’s boundary eradication efforts internally, but with its traditionally inward pointing gaze, it is hardly a partner in the struggle against globalism outside of the subcontinent.

China regardless of its bluster cannot feed its own people without massive exports to the globalist West and thus is a highly compromised society. Japan seems to have lost the will to live. Africa and South America are in a downward spiral and we are left with the two unlikely outliers, the two flies in the pre-Trump globalist ointment, Israel and Russia. 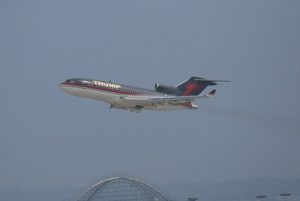 Both of these countries are demonstrating every day the one thing the denial of which is at the heart of the globalist dogma: modern, technologically forward, and militarily powerful societies can also completely reject every aspect of the boundary effacing globalist agenda. Both countries are highly patriotic and even nationalistic, religious, and armed to the teeth with modern weaponry of their own design and manufacture. That is why Israel and Russia are the pariah states of the international globalist Left, with only Russia’s permanent seat and veto power in the UN Security Council standing between it and every possible trash resolution from that august body.

Returning to the violently antiglobalist Islam, it is easy to see why it is so warmly embraced by the globalists; it serves two very convenient purposes: first it demonstrates what happens if you reject globalism (fanaticism, poverty, etc.), and second it creates a condition of perpetual low-level conflict to which the globalist elites are immune, but which is very handy for keeping the masses in the Western countries in check. There is virtually no state sponsor of Islamic terrorism that is not warmly embraced by the US and Western Europe.

The escalating anti-Russian rhetoric from the globalist West demonstrates how dangerous the traditional (and hence antiglobalist) stance of Vladimir Putin is to their interests. In a true Russian Bear fashion Putin is rebuilding a traditional Russian Empire fully equipped with state-sponsored religion and the outlawing of the globalists’ holy of holies the LGBT “perversion” as the Russian media calls it (when they don’t use the shorthand term “sodomy”). As to Israel, real and irrevocable rift is opening between the globalist American Jewish diaspora and the world majority Jewish population now residing in Israel. This trend is well-understood by Bibi and many in his cabinet and Israel is busy strengthening its ties with Russia, China, India, and even Japan at the expense of the US and Western Europe.

And now, from Stage Left, enter Trump. He is an American. This is not a label that either Obama nor Hillary would ever use for themselves. And he is busy redrawing most of the boundaries in the American political landscape that the globalists were busily erasing since the 1960’s. In fact, his most powerful symbol is an actual physical impenetrable boundary straight from Genesis: a Great Wall along the south border. And it only gets worse from there: American legal residents and citizens are different from other people (a boundary right there), American interests trump other interests – you get the point. Trump no doubt feels strongly as to all the other boundaries, let’s call them social, but unlike with Putin, his instinct is that the eradication of these boundaries via the tool of political correctness has progressed too far for them to be reinstated at this time. 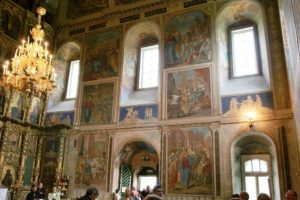 And so on the eve of the most consequential American election ever (Lincoln’s election had little to no contemporaneous worldwide effect) we find ourselves with two of the most unlikely antiglobalist crusaders, a New York real estate mogul and an ex-KGB officer. In a true good cop bad cop routine playing out on the global stage, the former is using his blunt power of persuasion and truth telling, while the latter fires off nuclear missiles (without the warheads, for now). Their opponents have unlimited fiscal resources and total control of the Western media and social networks. Sparks are already flying.