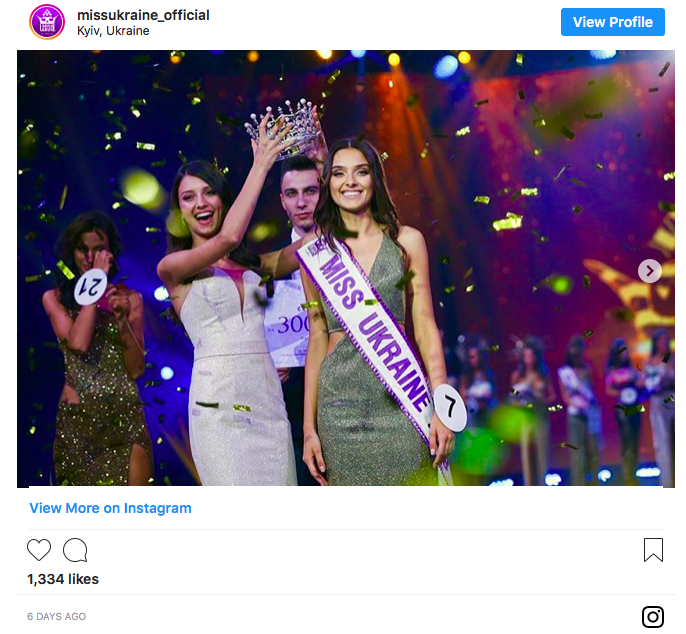 The newly-crowned Miss Ukraine just lost her crown after pageant organizers found out she used to be a Mrs. and has a baby. The divorced mother allegedly lied about her personal life on her application.

Veronika Didusenko was crowned the winner of the Miss Ukraine pageant in the country’s capital of Kiev on September 20. But her reign as queen didn’t last long after the pageant committee decided that she was to be disqualified on Monday. The Miss Ukraine organization released a statement regarding the 23-year-old’s disqualification which said, “In accordance with the Rules for conducting the National Beauty Contest Miss Ukraine, a person who wishes to take part in the National Beauty Contest ‘Miss Ukraine’ must comply, among other things, with the following requirements (valid for the period of the Contest): – not / was not married; – has no children.”

The pageant statement continued, “The same requirements are indicated in the official form, which is contained in the unified rules and conditions of participation in Miss World contest 2018.” According to the statement, Didusenko, who works with children in Ukraine’s Young Einsteins program, failed to mention that she had a 4-year-old son and has previously been married — both are against the pageant organization rules for contestants,wrote Fox News.

Ukraine has long been known for its beautiful women. It seems Ukraine is also known for its corruption, which is pervasive after the legacy of the Soviet Union.

VIDEO: Tsikhanouskaya…It’s A Pity Russia ‘Took The Side Of The Dictator’