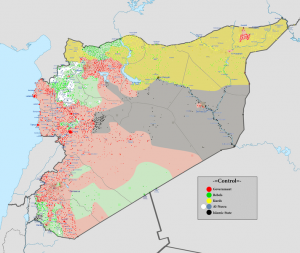 The Syrian army seized more towns in the southwest on Saturday, as air strikes pounded others that still held out against the rapid offensive and rebels said they had begun negotiating peace terms through the government’s ally Russia.

State television broadcast from the town of Dael, northwest of Deraa city, after the army entered, and a war monitor reported that several towns further east had also accepted government rule.

Rebels expected to hold another meeting on Saturday with Russian officers to negotiate a deal for the return of Syrian state sovereignty over the whole of Deraa province, an insurgent spokesman said…