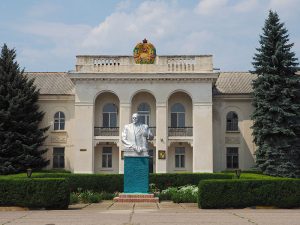 Friday, the United Nations General Assembly passed a non-binding resolution demanding Russian ‘peace-keeping’ troops be removed from the break-away Moldovan province of Transdniester. The military contingent has been there since the war of independence in the early 1990s which saw the Russian-speaking region separate from the capital Chisinau after the fall of the Soviet Union.

“On Friday, by simple majority the UN General Assembly adopted a draft resolution calling for the immediate and complete withdrawal of Russian military forces from Transnistria, which are part of the peacekeeping forces. 64 countries supported the document, 15 countries voted against it, 83 abstained,” reported Russian state news agency TASS.

“Russian Deputy Ambassador Dmitry Polyanskiy argued that the vote at the United Nations assembly undermined efforts by the Organization for Security and Cooperation in Europe (OSCE) to settle the conflict in Moldova,” reported AFP. “The resolution placed demands for Russian troop withdrawal from Moldova on the agenda of the assembly, which will hold a debate on the situation in the coming months.”

Moscow was not amused. The resolution adopted by the UN General Assembly on the withdrawal of Russian peacekeepers from Transnistria could undermine the progress that has been made in the Transnistrian settlement, the Russian Foreign Ministry said in a statement on Saturday.

Video: Russian Fans Turn Moscow Into Street Party After Win Over Egypt…Good News For Moscow After Lots Of Bad